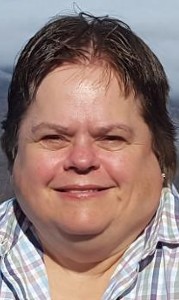 Julie Carter Griggs, 58, passed away on Dec. 2, 2021, in Southampton Memorial Hospital. Born in Suffolk, she was the daughter of the late Thomas Fred Carter Jr. and Sara Carr Carter. She was also predeceased by a brother, Thomas F. Carter Jr. and a sister-in-law Michele Carter.

Julie was a 1981 graduate of Franklin High School and a 1985 graduate of Virginia Tech. She was a Certified Public Accountant and a partner with Burgess & Co. Julie was a member and Chair of the Supervisory Committee of Bronco Federal Credit Union. She also served on various committees and on the Boards of Cypress Cove County Club for over 30 years. Julie served on the Va. Society of CPAs Feedback Committee giving feedback directly to the Virginia Department of Taxation. She was a member of Franklin Baptist Church.

Left to cherish her memory is her husband of 30 years, John Woodson Griggs Jr.; a son, Evan Woodson Griggs; two sisters, Dana C. Rountree (Billy) and Karen C. Dunn (Jim Peele); a brother, Brett S. Carter Sr.; and a sister-in-law, Betty Moore. Julie treasured her nieces and her nephews, and all those she worked with at Burgess & Company.

Julie was known and loved for her independent spirit, work ethic, and integrity.

A funeral service will be held at 2 p.m. Monday, Dec. 6, in High Street United Methodist Church. Burial will follow in Poplar Spring Cemetery off of Homestead Road. The family will receive friends from 3 to 5 p.m. Sunday in Wright Funeral Home and suggests that memorial donations be made to the American Cancer Society.