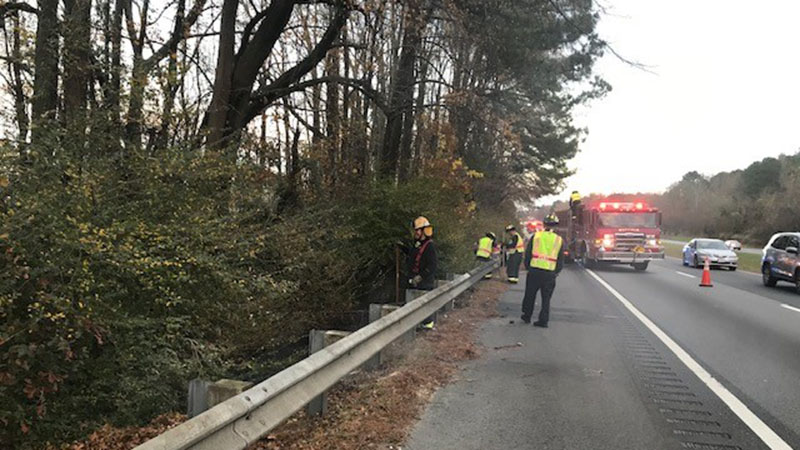 Emergency Communications was first notified at 3:40 p.m. advising of a brush fire along the median involving dried grasses and leaves in the area near the Wilroy Road exit, according to a city press release. Suffolk Police provided traffic control in the area, as traffic was initially completely stopped as Suffolk Fire & Rescue crews worked to extinguish the brush fires located immediately adjacent to the roadways. One lane of travel is now open in the affected area.

The multiple fires extending from the area of the landfill all the way to Pruden Boulevard were marked under control at approximately 4:38 p.m. There were no injuries.

Battalions 1 and 2 responded, along with multiple engines and tankers, which are wetting down the areas in the median due to dry weather conditions.