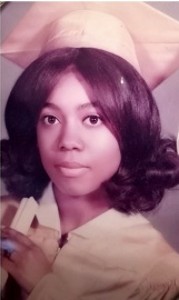 Joyce Elaine Towns 67, of Lutz, Fla. passed away Nov. 30, 2021. Joyce, the eldest of five children was born in Suffolk in 1953 to Walter and Thelma Boone. She graduated class of 1973 from John F. Kennedy High School and then enlisted in the U.S. Army where she proudly served her country for 17 years and retired at the rank of staff sergeant. Some of her tours of duty included Schofield Barracks, Hawaii; Fort Meade, Md.; Augsburg, Germany and The Pentagon.
Joyce continued her service as a government contractor, followed by employment at QVC where she later retired in 2007. Shortly after her retirement, she became a full-time homemaker in support of the role of her daughter who followed in her footsteps as a lieutenant colonel in the U.S. Army. In 2017, she moved to Florida with her daughter and grandson to be closer to family.
Her mother, Thelma Collins Boone, precedes her in death. She is survived by her daughter, Carita Towns; son, Robin Towns; daughters, Rheavan and Leslie Towns; father, Walter Raymond Boone Sr.; sisters, Lynda Johnson, Cheryl Hall and Beverly Askew and brother Walter Raymond Boone Jr.; eight grandchildren; many nieces, nephews and extended family members and close family friends. She was loved and will always be missed.