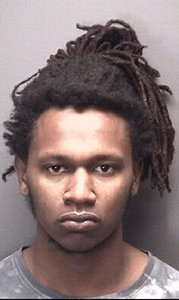 According to a city press release, on Feb. 15, 2021, a complainant reported that a known male molested her daughter when she was younger. The incident stemmed over a three-year period of time ending around 2015.

On April 16, a separate complaint was received relating to a report of a juvenile having been sexually assaulted by a known male on multiple occasions in 2018, the press release stated.

The incidents remain under investigation and no further information is available for release. If anyone has information regarding these incidents, please contact Suffolk Police or Suffolk Crime Line. To submit online, go to www.p3tips.com, visit the Suffolk Police Department website (www.suffolkva.us/spd) and look for the Suffolk Crime Line link, or go to the Suffolk Police Department Facebook page at www.facebook.com/suffolkpolicedepartment. You can also call 888-LOCK-U-UP, 1-888-562-5887, Option 5. Once a person submits a tip, they will be given a TIP ID and password. With this information they can login at p3tips.com and submit follow-up information, engage in two-way dialogue, be informed of the outcome of the tip, and access any pertinent reward information.