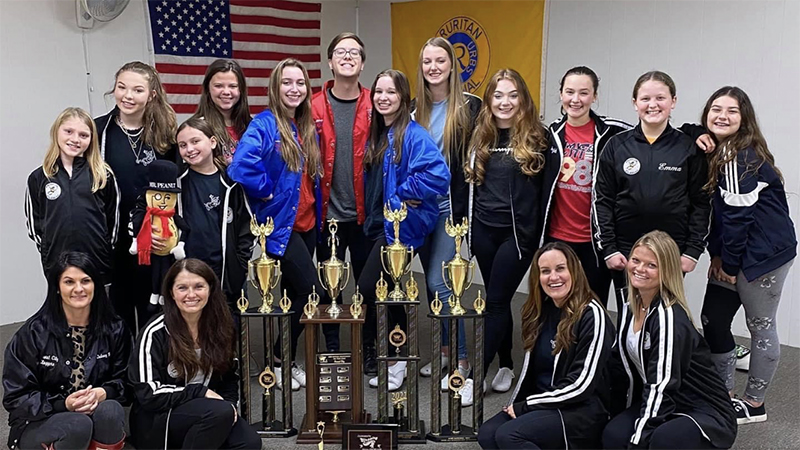 The Peanut City Cloggers show off the awards they won at the 2021 ACHF National Competition in Gatlinburg, Tennessee, on Oct. 22-23.

The 2021 ACHF National Competition was held in Gatlinburg, Tennessee, on Oct. 22-23.

Twenty-eight teams competed over the span of the two days.

Judi Lester received the honor of being named ACHF 2021 Director of the Year. She also received Best Caller award for the Senior to Adult Category as well as second place for her Flatfoot Solo.

Marcus Blodgett won Best Caller for the Tiny-tot — Junior Category as well as being named to the 2010-2019 Team of the Decade and receiving his jacket for it.

Allison Shannon and Lauren Canady were both named to the 2021 ACHF Jr All American Team and received their jackets as well.

Clogging lessons will be offered starting on Feb. 3, 2022, for anyone interested in taking clogging lessons. Contact Lester at 757-944-0540.