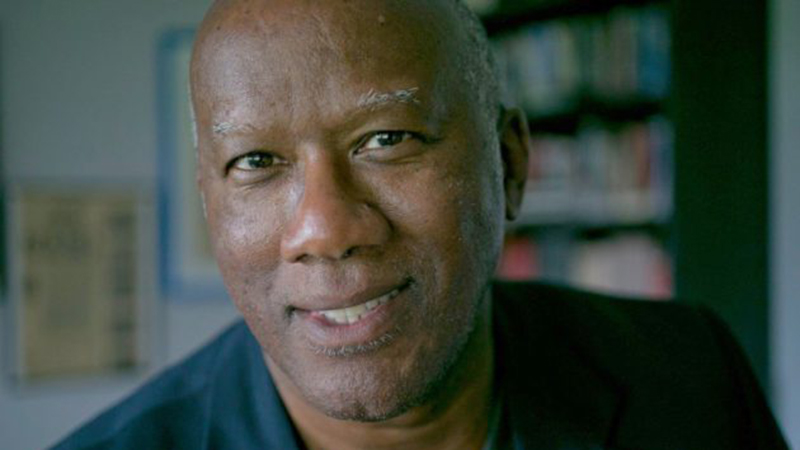 A Suffolk resident has been honored with an award from the News Leaders Association.

Wayne Dawkins, a professor of professional practice at the School of Global Journalism & Communication at Morgan State University, was named the 2021 recipient of the Barry Bingham Sr. Fellowship in December.

Dawkins said he had applied for the award a couple of times and received it this year on the strength of recommendations from his students.

“I love teaching because I get to know these students,” he said.

Dawkins is a native of Brooklyn, N.Y., who has lived in Hampton Roads since 1998, when he arrived to work at the Daily Press in Newport News. His journalism career has spanned four newspapers and two news services as well as professorships at two historically Black universities.

“I was always on the verge of very big cities,” Dawkins said of his newspaper career. He worked just outside New York City, Philadelphia and Chicago before coming to the Daily Press.

He became a full-time professor in 2005 at Hampton University, where he spent 12 years and was promoted to associate professor and then to professor. He then changed to Morgan State University.

“I call myself a 20th-century, old-school journalist from those days of newspapers and network TV, but now I’m a 21st-century journalism educator,” he said. “At the end of the day, I persuade students, no matter what medium, writing is going to be at the center of what you do. You have to be meticulous about choosing the right words.”

No matter what realm of journalism Dawkins’ students fancy, he urges them to find their sense of mission.

In his career in academia, he counts one of the highlights as being a colleague of one of his childhood heroes, Earl Caldwell. Caldwell, while a reporter at The New York Times, refused to disclose information to the FBI about his sources in the Black Panther party. The case, United States v. Caldwell, reached the U.S. Supreme Court in 1972 and pushed many states to enact shield laws that allow reporters to protect sources and information.

“Next semester, I will be teaching media law and I will be referencing Caldwell’s case, because it’s important,” Dawkins said.

Dawkins and his wife, a Portsmouth native and Department of Defense employee, both commute to the Washington/Baltimore metro region for work.

Dawkins said he and his wife have felt compelled to keep their Suffolk residence because they enjoy being able to live here on weekends and breaks.

“I’m endlessly intrigued about how Suffolk is evolving, particularly this northern part,” he said. “We bought the house in Suffolk six years ago, and we love it there.”

The $1,000 Barry Bingham Sr. Fellowship will be awarded during the News Leaders Awards ceremony, tentatively scheduled for May 2022.

In Dawkins’ nomination, students described him as having a wealth of knowledge.

Arriana McLymore, an adjunct faculty member at the Arthur L. Carter Journalism Institute at New York University, said, “Professor Wayne Dawkins is the smartest person I have ever met. What he does not have in brilliance, he makes up for in service and dedication to his journalism students.”

Ashia Aubrey, a former student, wrote, “Professor Dawkins holds a wealth of knowledge that he is not afraid to share. Once, Professor Dawkins told me . . . that I have tenacity. No one had ever said that to me before. Throughout my career, I have carried that statement with me, especially when I feel defeated and question my ability as a former journalist and communications specialist.”

Dawkins is the former managing editor of BlackAmericaWeb.com, a longstanding news source that centers the stories, perspectives and viewpoints of African Americans around the country.

He is also the author of “City Son: Andrew W. Cooper’s Impact on Modern-Day Brooklyn,” an in-depth biography of the voting rights activist, journalist and newspaper owner.

Dawkins’ books “Black Journalists: The NABJ Story” and “Rugged Waters: Black Journalists Swim the Mainstream” provide a detailed look into the history of the largest association of journalists of color in the world. He continues to publish opinion pieces on critical topics, such as the Black Lives Matter Movement, voting rights, criminal justice policies, and diversity in STEM fields.

Dawkins is also the unofficial historian of the National Association of Black Journalists. Dorothy Tucker, NABJ’s president, asked him to inventory and digitize NABJ archives, and now 7,000 items are accessible, with more to come.