Main Street car wash looks to clean up on tires 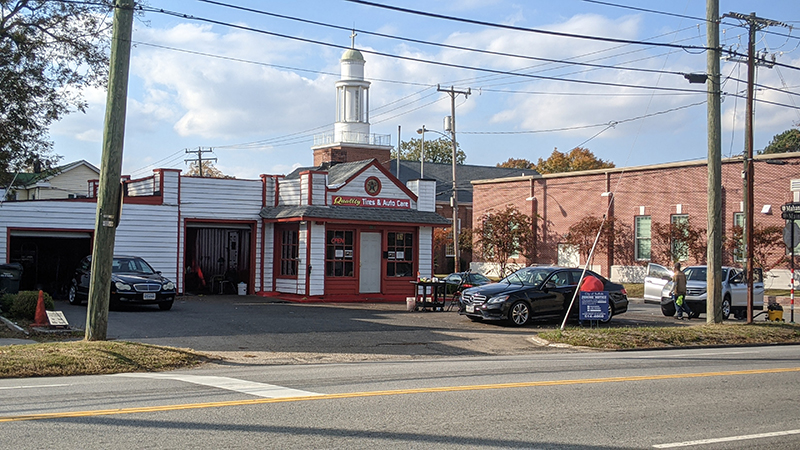 Quality Tires and Auto Care on North Main Street will be able to service tires in addition to washing and detailing cars after City Council approved a conditional use permit for the business at its Dec. 15 meeting.

Quality Tires and Auto Care hopes it will be able to clean up by adding tires to its North Main Street car wash and detailing business.

Members of City Council, including Mayor Mike Duman, meanwhile, hope the business will be able to run a tidy operation, with its location at 351 N. Main St. at a highly visible spot as people head into downtown. It also has a location on 802 E. Washington St.

Council voted 7-1 at its Dec. 15 meeting to give the business a conditional use permit to allow for the installation, repair, sales and storage of tires. Councilman Donald Goldberg voted no.

The Planning Commission, by a 6-1 vote, had recommended approval of the permit. City planning staff had also given a favorable recommendation. The city had given a notice of violation to the property owner, Nicholas Moyer, in August after it found the business had started the tire service operation without a conditional use permit. He subsequently submitted a permit request.

Car detailing will continue in the front parking lot area of the property, and the tire service will take place in the existing bay area, with no more than 100 tires to be stored at the business at a time. Extra tires to be discarded would stay inside and be disposed of either weekly or bi-weekly at a landfill.

No other car repair work will be allowed, and employees will use parking off of North Main Street, with the parking in the back of the business to be used by vehicles before and after servicing. It will also have to put in a six-foot-high fence at the rear of the property to screen it from a nearby residence on Mahan Street.

William Goodman Jr., the owner of the business, had already been offering tires at his East Washington Street location and asked for the permit to allow his North Main Street location to do the same.

“No tires or containers for use or storage will be outside at any time,” Goodman Jr. said during a public hearing.

William Goodman Sr. spoke in support of his son, as did several other people, during a public hearing and vouched for the cleanliness of his son’s businesses.

However, some on council expressed concern about the storage of tires at the business, including Vice Mayor Leroy Bennett, who said he has found “stacks and stacks of tires there” at the rear of the building, “and that doesn’t look good in the neighborhood.”

Goodman Jr. said he has ordered containers for those tires that are expected to arrive after the first of the new year.

Bennett asked what would be different about the North Main Street location.

Goldberg also asked Goodman Jr. what he would do if there was a delay in servicing a car. Goodman Jr. said they would put everything back on the car and remove it. He said he would dispose of any old tires weekly at the landfill.

Councilman Roger Fawcett said he was concerned about the number of tires that would be stored inside at the North Main Street site, with 100 being allowed to be in that building.

Principal planner Kevin Wyne said its fire plans reviewer and buildings official was heavily involved in reviewing the number of tires that would be allowed inside the building, “and that was of particular concern as well, and that is where we landed on that 100 number. … The 100 number is not arbitrary. That was in close consultation with those individuals.”

Another member, LeOtis Williams, said he had driven by the East Washington Street location and had never found tires stored outside.

Duman praised Goodman Jr. for the operation of his business, saying he’s always found the North Main Street site to be clean, but he expressed concerns about keeping 100 tires inside the shop. He cautioned Goodman Jr. to be aware of the 12 conditions under which his conditional use permit has been granted.

“It’s in a very conspicuous place, let’s say,” Duman said. “It’s one of the first things you see when you go into downtown Suffolk, so it is absolutely imperative that the appearance would be maintained the same way, that it would be nice and clean and organized to the extent that you can do that.”

Fawcett said there would be a heightened focus on Goodman Jr.’s business given its location.

“Because you are on Main Street, and we are trying to change Main Street as we move forward for the city, for the downtown area, the first thing that everybody sees when they come down Main Street is you,” Fawcett said. “And I’ve seen your facility a number of times. I think, along with (what) the mayor is saying, too, is, because there’s going to be a focus on you, the first time you skirt out of that … you lose the possibility of this conditional use permit.”