‘Our Missing Stars’ to shine in memory of daughter 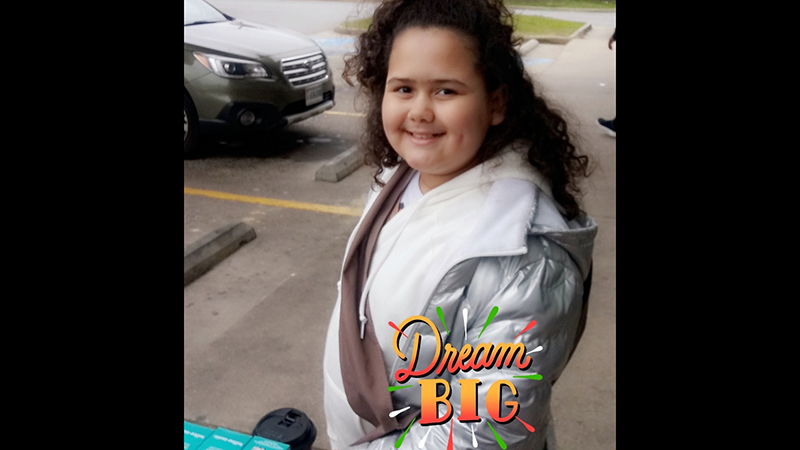 For all of the missing stars, including her own daughter, who have died of COVID-19, Nicole Sperry has started a new support and advocacy group with the aim of advocating for vaccines and to support families who have lost loved ones to the virus.

Sperry’s 10-year old daughter, Teresa, who was in fifth grade at Hillpoint Elementary School, died of COVID-19 Sept. 27. And, through grief, Nicole Sperry, her husband Jeff and their family have continued to honor Teresa’s memory while encouraging people to get vaccinated — something Teresa was unable to do because she was not eligible for a vaccine at the time.

As they thought about how to honor her memory, they gravitated toward vaccine advocacy and being a support for other families who have had children die of COVID-19.

“With Our Missing Stars, it’s to try and get all the other families that have lost a child because of COVID,” Nicole Sperry said. “Of course, the main focus is the minors, 17 and younger, but we also want to tie in any adult children that might have been lost because this is horrible for any family to have to go through. We just want to make sure that we get more information out to help stop misinformation because the amount of stuff that I’ve heard — things about the vaccine, things about testing — is just crazy.”

They are in the process of turning Our Missing Stars into a full-fledged non-profit and stress that it is not — and will not be — affiliated with any government or other organization. Once it has reached non-profit status, she and her husband want to be able to offer scholarships in her name and set up little free libraries in Teresa’s memory. Jeff Sperry said he got the idea about the scholarships from recalling how his sister had applied for some that were attached to someone and then being able to learn about that person in the process.

“My daughter was very much into the arts,” Jeff Sperry said. “She was very creative and very artistic. She was amazing, the stuff she did. … I think it would be a great thing to have somebody apply for a grant or a scholarship in my daughter’s name and just have a little bit of memory of that attached to her.”

The name Our Missing Stars was born out of Coldplay’s song, “Yellow,” which as part of the song has the lyric, “look at the stars/look how they shine for you.”

Nicole Sperry said she and her husband have joined a grief support group for those who have lost a child, regardless of circumstance.

Sperry said she would welcome the opportunity to connect with other families who have lost a child from COVID-19. She’s heard from other families whose stories are similar to hers in how quickly their children went from having no symptoms of the virus to having died from it.

“It’s amazing knowing there are other people that we can reach out to and we can just be there and help each other and uplift each other,” she said, “even when we’re getting nasty comments from internet trolls, but it’s great to be able to have that support from other families that are going through that.

“And honestly, that was something that was missing because we are in grief support and things like that, but it’s just not the same. It’s a family, but you don’t necessarily want to be in that family.”

She understands that negative comments will come with her talking publicly about what happened to her daughter, and with promoting getting vaccinated, but “all of this is for her to continue … trying to continue with everything she lived by — caring for strangers and her love of life.”

Nicole Sperry said she, her husband and her children have all been processing what happened to Teresa differently. Jeff Sperry, having also had COVID-19, still has some long-COVID effects, but they “aren’t too bad,” while their sons, Jonathan and Sean, have returned to school. Another son, Michael, had been held out of school prior to being vaccinated, but now that he has been, the Sperrys are looking to re-enroll him after the first of the year.

She said returning to work was interesting. Her colleagues and administration checked in on her frequently and offered her breaks when needed, and while she was out, she checked in on her third-grade students to ask how they were doing. When she returned, they all wanted to hug her, and she explained to them that she would likely be feeling different emotions at different times.

“It’s great being there, because it is keeping me busy as well,” Nicole Sperry said. “It’s nice. I did have good memories while I was there, and the people who I work with, they’re amazing, so it helps ease it. Jeff said the best thing for me to have done is to go back to work, because I’m the type that needs to be busy doing something. I can’t just sit at home doing nothing forever.”

She recalled what someone at Children’s Hospital of the King’s Daughters told her right after Teresa had died, that if she saw someone laughing, that it’s OK because they might be remembering something, “and we’re all at different stages.”

“We are looking forward to everything. It feels good to make a positive thing out of what’s happened to us. We’re pretty excited about how everything’s going.”

Noting Teresa’s love of the arts, and his appreciation of it and her talent even as she took more after Nicole than himself, Jeff Sperry said it brought him so much joy.

After Teresa died, they found something she had made him for Father’s Day — more than 20 pages on why she loved Jeff as her father.

“She used all these colors and drew different things, and the one thing at the end of it, the last page, she had created a color guide that included every color she used, a color swatch of every color she used and she separated in color pencil, crayon and marker. And she was like, ‘These are all the colors I used.’ That is amazing, because fashion designers are the ones who usually have all those detailed color swatches, and here she is, she kept track of everything she used, and she wanted to let him know every color that she used because it was that important to her.”

Said Jeff: “It’s somewhere in between heartbreaking and beautiful to have them. I appreciate them so much right now, that there’s a part of her that’s still here.”