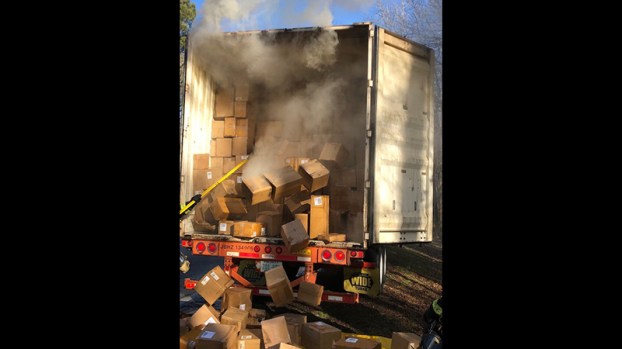 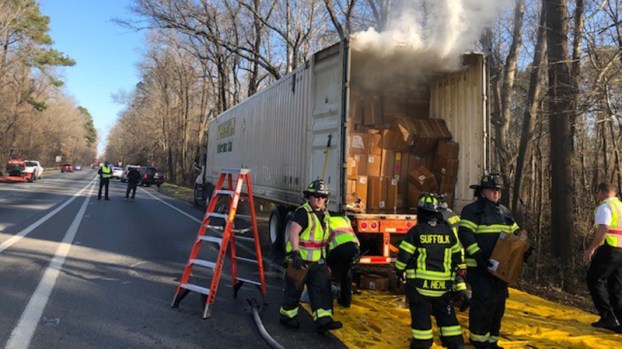 A tractor-trailer fire on Portsmouth Boulevard/Route 58 held up traffic while firefighters unloaded the truck in order to extinguish the fire.

The fire was reported at 1:36 p.m., according to a city press release. The first unit arrived on scene and found the tractor-trailer with flames showing from its rear brakes. The fire progressed into the trailer and caught the contents on fire.

The contents were not hazardous materials, but due to them being tightly packed, firefighters had to unload them in order to suppress the fire.

No injuries were reported.