No injuries reported in fire 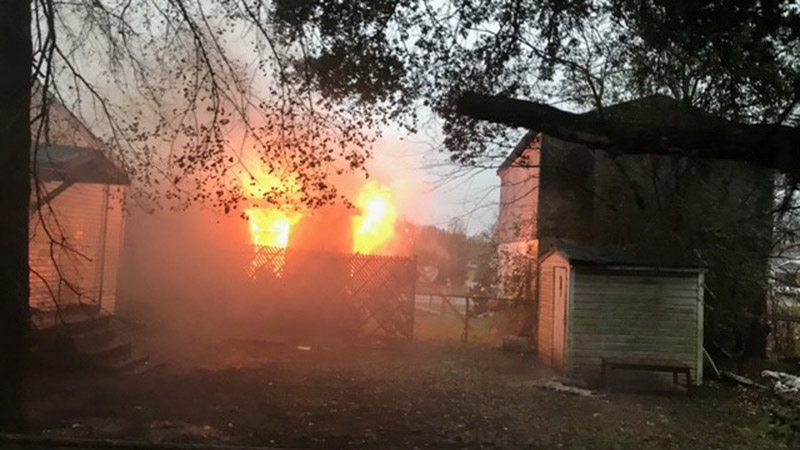 A resident and dog safely evacuated from a house fire on North Lloyd Street Monday morning. (City of Suffolk Photo)

No injuries were reported in a house fire on North Lloyd Street Monday morning.

The fire in the 200 block was reported at 7:52 a.m., according to a city press release. The first unit arrived on scene at 7:57 a.m. and found a single-story residence with heavy fire showing from the rear of the structure. The resident and their dog got out prior to firefighters’ arrival.

The fire was marked under control at 8:15 a.m., the press release stated. It is believed to have started in the bedroom.