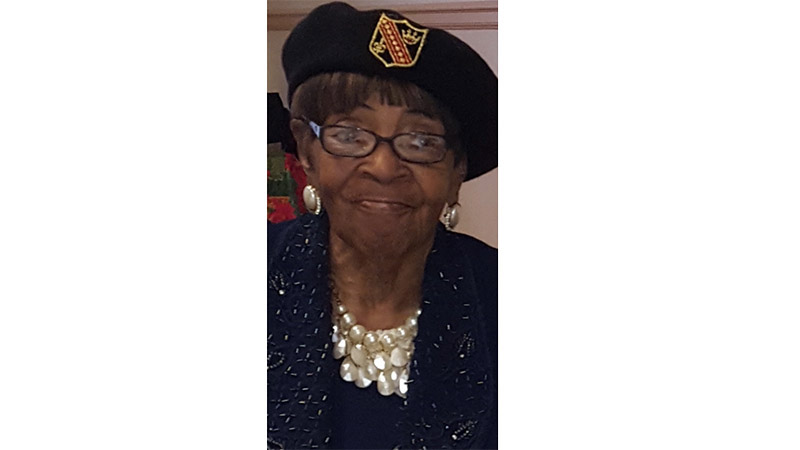 A Suffolk native is not only celebrating a new year but also a very special birthday.

On Jan. 9, Helen Pope is celebrating her 100th birthday. She was born to John and Rowena Pope and grew up in Suffolk, attending the local grade school.

Pope worked at Planters Peanuts before taking a live-in job in New York City. For more than 30 years, she lived there working as a housekeeper for a lawyer.

She is known in Suffolk for her faithful attendance to Missouri Baptist Church, where she has attended for 65 years. There, she is a matriarch of the church and, over the years, served as a Sunday School teacher and part of the Kitchen Committee.

Pope loves her community as well as cooking. According to her family, she will cook for anyone and everyone. She also enjoys singing and was a part of the Saratoga Community Gospel Choir and was a senior choir member at her church.

No matter where she is, Pope loves to look her best. Even when she is sitting at home, Pope will still wear her jewelry and heels.

“She loves dressing up, especially in her high heels,” said Pamela Reynolds, Pope’s granddaughter. “She is always making sure she looks spiffy and classy.”

According to Reynolds, after a hip replacement surgery, Pope wasted no time putting her heels back on.

Pope attributes her long life to her faith in God. She believes that if she stays faithful, he will give her a long life. Her mother also lived a long life and passed at the age of 92.

“[Pope] is a very Christian and spiritual person,” said Reynolds. “She prayed that the Lord would keep her in her right mind, and the Lord has kept her right mind.”

Pope loves her family and is blessed with three sons, 20 grandchildren and 17 great-grandchildren.