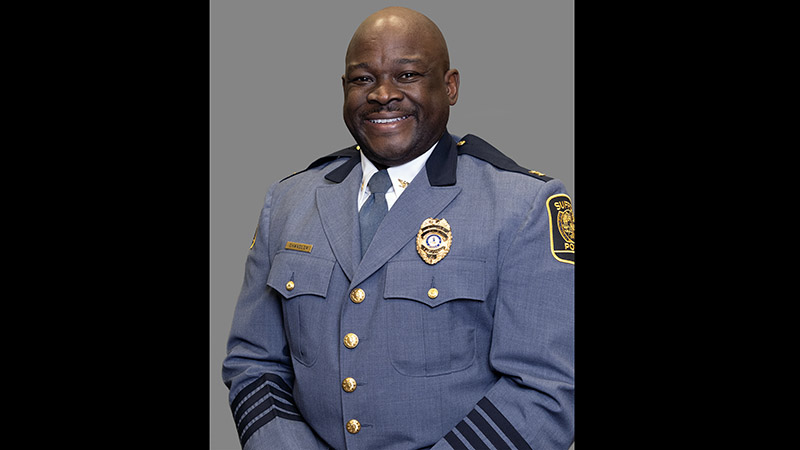 Chandler began his career with the Suffolk Police Department in 1999. In his time on the force, he has served in many capacities in the department, including field training officer, SWAT team operator, lieutenant, captain, and deputy police chief over the detective bureau, special investigations, CSI and Crime Analysis Units.

The position of police chief had been vacant since Thomas Bennett suddenly announced his retirement on June 10, 2020, to be effective Aug. 1. Chandler was interim chief of police.

“I am proud to make this announcement regarding our new chief of police,” City Manager Albert S. Moor II, who has been interim city manager since September 2020, said in a press release. “I have worked with Chief Chandler over the past 14 months and appreciate his dedication to our city and the police department. Chief Chandler has continually demonstrated that he cares about our police officers and the Suffolk community. I ask for your support as Chief Chandler assumes the role as permanent chief, and I look forward to the police department’s professional approach in protecting and serving all who work and live in the city of Suffolk.”

In an unusual move, Moor released a video more than four minutes long that discussed the recruitment and interview process for the position.

“Our recruitment process needed to be reflective of the thoughts and views of the Suffolk community,” Moor said in the video.

He said residents and business owners, Suffolk Police Department personnel and City Council members each completed separate surveys. The thoughts expressed in the surveys were incorporated in the recruitment process and used for questions during interviews, Moor said.

He said a “diverse review committee” composed of senior staff as well as community members was assembled. Thirty applicants were received, and 28 qualified applicants were presented to the committee.

Moor said he agreed with the committee at each of these steps in the process.

Both finalists were interviewed by two different interview teams, including staff, residents and Moor. The teams then got together and discussed the finalists.

“The final decision for the next police chief for Suffolk rests with me as the city manager,” he said in conclusion. “I take the responsibility seriously and have made a decision based on what I believe is best for the residents of the city of Suffolk and the Suffolk Police Department.”

In response to questions about the reason for the unusual step of releasing the video, city spokesman Tim Kelley released the following statement: “The Chief of Police is a high profile, external facing position which interacts with our residents and businesses. There has been great interest shown by many in the community on the recruitment of the future chief. As noted in the video, the City Manager wanted to affirm the equitable and inclusive nature of the search and let the public know how the process progressed until the time of his final decision. His achieved goal was to select the right person as Chief of Police for the city of Suffolk.”