New book helps overcome the past 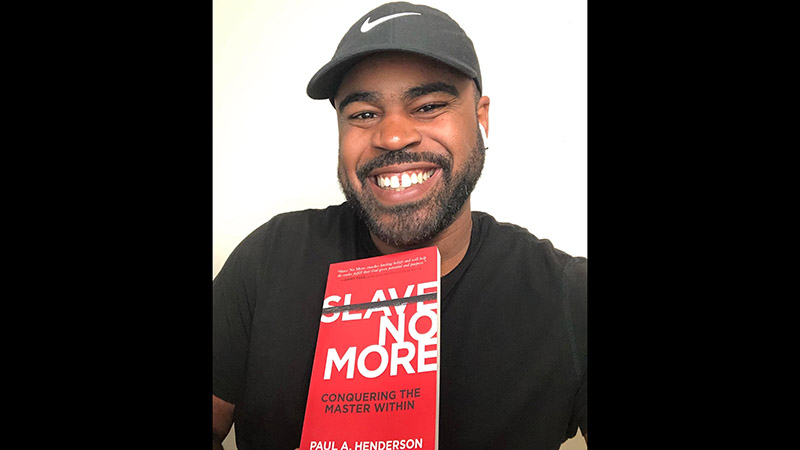 Paul Henderson released his new book “No Longer a Slave: Conquering the Master Within,” on Jan. 4. (Submitted Photo)

A Nansemond River High School alumnus has a new book to help people overcome their past.

Paul A. Henderson’s new book “Slave No More: Conquering the Master Within” was released on Jan. 4 and is a parable that intertwines fiction and nonfiction stories.

The story follows the main character, a young adult named Bobby, as he navigates adulthood while dealing with past struggles. While struggling on a work project, he is reminded of negative experiences in his childhood. He stays with an older couple and the gentleman introduces Bobby to people he knows that have overcome obstacles in their lives. These interactions give Bobby hope for his future.

“I wrote it as inspiration fiction, even though that was not the original plan,” said Henderson. “I learned that this way makes for easier reading and to learn and accept the concept.”

These stories are nonfiction stories based on people Henderson knows personally. These are stories are about overcoming obstacles in the areas of race, broken families, sexual trauma and physical handicaps.

Henderson always wanted to write a book. While preparing for a speech, the line “slave no more” came to his mind. As a history major at Virginia Commonwealth University, he studied slavery in America and the Caribbean. He remembered learning about how some former slaves embraced their new freedom after the Emancipation Proclamation, while others chose to work for their former owners.

“I saw that in others,” he said. “You can have two people with the same circumstances. Person A will dwell on their past and let obstacles get in their way, while Person B overcomes the obstacle and becomes stronger for it and then can help others.”

According to Henderson, it’s about looking at the obstacle through the right lens which a mentor can help. The obstacles should never be downplayed but handled in the right way.

Henderson is excited to publish more books in the future and appreciates all the support he has received from his home community. “Slave No More: Conquering the Master Within” is available on Amazon and other platforms where books are sold.