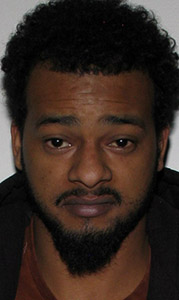 A Suffolk man has been arrested and charged in connection with a Jan. 6 incident.

Preston Otis Davis IV, 28, of Suffolk, was arrested on Jan. 15 on charges of robbery, felonious assault, a suspended sentence violation, and damaging a phone line to prevent summoning law enforcement, according to a city press release.

The incident took place about 3:19 p.m. on Jan. 6, according to the city press release. It happened in the 200 block of Pinner Street. Officers responded and spoke to a female victim who said she and the other victim, a male, had come in contact with an unknown male inside her home. Following a verbal argument, the two men left the home and continued arguing outside, at which point the suspect reportedly stabbed the male victim, according to the city press release. Before leaving the scene, the suspect also allegedly took the woman’s phone.