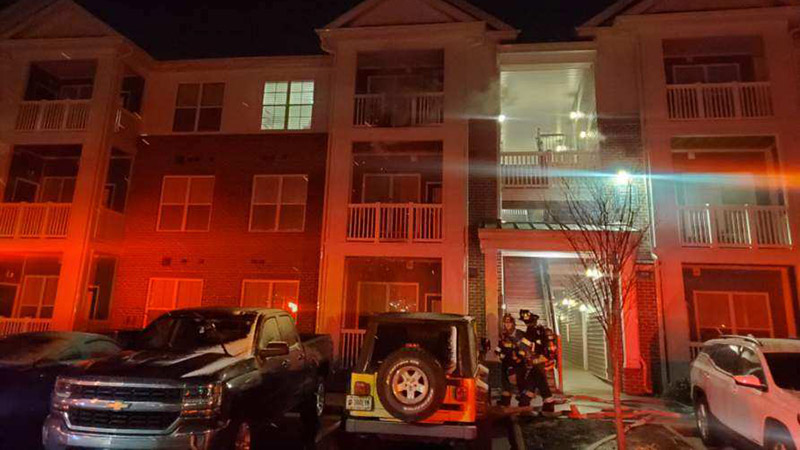 A fire was extinguished at an apartment building on Gateway Drive early Friday. (Submitted Photo)

Suffolk Fire & Rescue responded to reports of a fire at an apartment complex on Gateway Drive early Friday.

The fire was reported at 1:40 a.m., and the first fire unit arrived on scene at 1:47 a.m., according to a Suffolk Fire & Rescue press release.

Battalion Chief Dave Harrell advised that upon arrival, fire units found a three-story apartment building with light smoke and fire showing from the second and third floor balconies. The fire was quickly brought under control and did not extend into the main living areas. No occupants were displaced, and there were no injuries reported.

The incident is under investigation by the Fire Marshal’s Office.