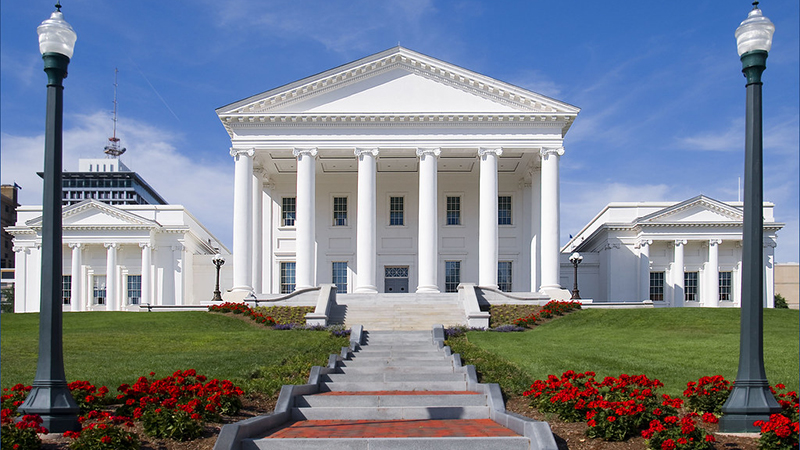 Minimum wage in Virginia increased to $11 an hour on Jan. 1 and is set to increase to $12 next January.

McNamara’s bill was amended to include payment for health care benefits as long as the hourly minimum wage is not below $11. Sen. Mark J. Peake, R-Lynchburg, introduced a similar bill in the Senate, which was subsequently shot down by Democrats.

Both House measures advanced out of committee on a 12-9 vote along party lines, with Republicans holding the majority.

“I know what it is to work for minimum wage,” Freitas said during the subcommittee meeting. “In fact, there’s probably a couple times I was working for a little bit less than it; I was actually happy to have that job.”

Increasing the minimum wage would take away people’s ability to bargain with employers for a wage they are willing to accept, according to Freitas.

Freitas said the state government should not “arbitrarily” increase the minimum wage. He told the panel, when asked, that he does not plan on rolling back the current minimum wage, due to recent inflation.

The Bureau of Labor Statistics released two consumer price index reports in late 2021 that included parts of Virginia. One included the Washington metropolitan area. The other report is for the South region, which includes Virginia.

Consumer price index is a measure of change over time of the prices consumers pay for goods and services. Both reports show the index rising.

The index increased in a year by almost 5.8% in the Washington metropolitan area, according to the BLS report. The index in the South increased by 7.4% in a year.

“When inflation has actually moved a job past a particular level, at that point, you’ve negated the own minimum wage raise that you currently have,” Freitas said. “To keep it $11 at this point, achieves the objective I’m having.”

Freitas said he questions the idea that a higher minimum wage fosters an environment where people and businesses can create the “maximum amount of jobs that you can get that people would actually want.”

A few House Democrats questioned Freitas as he presented the bill. Del. Jeion A. Ward, D-Hampton, said she believes it would be wrong to end the minimum wage increases. Ward also said she wants the public to have a chance to voice their opinion on the matter.

“When you talk about kitchen table issues, this is what people are talking about at their table,” Ward said. “It’s those small families, those families that work minimum wage, and I don’t think they’re saying, ‘this is too much.’”

The state’s current minimum wage law has a reenactment clause. Next January, the minimum wage automatically bumps up to $12 an hour. However, the General Assembly must pass the measure again prior to July 1, 2024 for the pay increase to $13.50 and then to $15 to remain in effect. Lawmakers could make changes to the bill during the process. The commissioner of Labor and Industry would establish the adjusted state hourly minimum wage if lawmakers fail to pass the bill again.

Kim Bobo, executive director for the Virginia Interfaith Center for Public Policy, spoke against the bill at the subcommittee meeting. One of the main focuses of the center is eliminating poverty, Bobo said.

“The largest number of people and families in poverty have family members who are working, and they frankly just don’t earn enough to get themselves out of poverty,” Bobo said in an interview. “The best way really to tackle that is to raise the minimum wage.”

The Republican Party branded itself as pro-business during the gubernatorial election, Bobo said. However, she believes there’s a “disconnect” between the party and working class families.

“I would think that the Republican Party and the new governor ought to look at these ‘bread and butter’ issues like minimum wage, like paid sick days,” Bobo said.

One percent of hourly workers over the age of 25 earned minimum wage in 2020, according to the latest available data from the BLS. Women were more likely to earn minimum wage than men in 2020.

“I thought Freitas’ main argument that ‘oh, this is really going to help teenage workers and people get into the workforce’ was really very deceptive in terms of who’s really on minimum wage,” Bobo said.

“A lot of young people are in college,” Bobo said. “If the minimum wage is $15 versus $7.25, there’s a huge difference in terms of their ability to make their ends meet.”

The House gave both bills a first reading on Jan. 27. If either bill passed in the House, Bobo said she is convinced the measure would die in the majority Democratic Senate.

“I’m not going through the full court effort on it,” Bobo said.