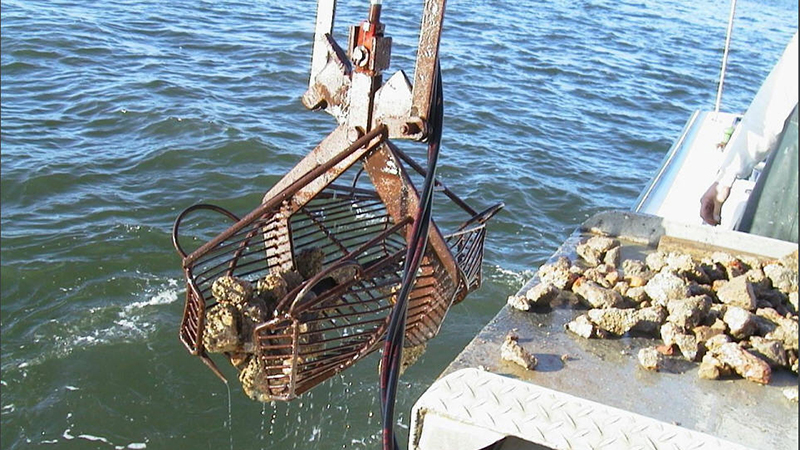 A new bill aims to increase the state’s oyster collection season by an additional 30 days.

Patent tongs are large, claw-like machines that extract oysters. The devices produce a larger yield compared to other harvesting methods like hand tongs.

Approximately 15% of the total reported public market oyster harvest in Virginia during 2020 was harvested using patent tongs, according to Andrew Button. Button is the head of the Conservation and Replenishment Department through the Fisheries Management Division, which is a part of the Virginia Marine Resources Commission.

The Agriculture, Conservation and Natural Resources Committee recently approved the bill with 14 members voting yes and one abstention from Sen. Ghazala Hashmi, D-Richmond.

Mike Hutt, executive director of the Virginia Marine Products Board, supports the extension. Workers in the industry often have to miss days of work because of bad weather, he said. This extension would provide workers with additional income and an increase of oysters in the market.

“I don’t see any adverse effects, because with the supply and demand for oysters being so strong,” Hutt said. “It’s just a win-win.”

The current law also states the commission has the ability to set an alternative opening date for the season, no later than Nov. 1.

Chris Moore, senior regional ecosystem scientist at the Chesapeake Bay Foundation, is working alongside Stuart to add language to the bill that clarifies the commission has discretion to set an alternative closing date.

If the bill passes, the commission will still decide whether the season will be extended. The commission must first consider conditions of the oyster population and the impact of an additional 30 days of harvesting, Button said.

During the meeting, Stuart said he plans to introduce an amendment to the bill on the Senate floor. The amendment clarifies the commission’s ability to close the season for areas where the condition of the oysters warrants the closure, Moore said.