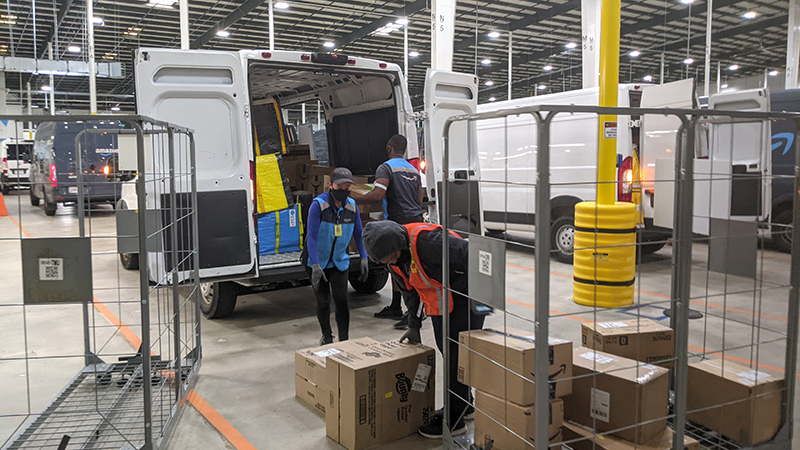 The Amazon delivery station in Norfolk, shown here, is similar to one that just opened in Suffolk’s Northgate Commerce Park, except the city’s will be handling larger items such as couches and televisions, rather than smaller items that can be sorted into bins.

Amazon has opened a new, 60,000-square-foot delivery station off of Industrial Drive in Northgate Commerce Park to handle supersized orders.

The AMXL Delivery Station at 103 Industrial Drive opened Jan. 28 and will handle large-size items such as televisions, couches and kayaks for last-mile delivery within an hour’s radius of the facility, according to Amazon spokeswoman Emily Hawkins.

The facility will employ about 60 people in full- and part-time jobs.

The facility is one of two opening in Suffolk this year, as the 3.8 million-square-foot robotics fulfillment center, also located in Northgate, is slated to open in May. It will be the largest industrial building in Virginia and the second-largest building in the state overall to the Pentagon. The building will be 95 feet and four-and-a-half stories tall.

Facilities like Suffolk’s robotics fulfillment center, Hawkins said, “tend to (handle) smaller, sortable items that can fit in a bin that someone can pick, pack and put it in a box.”

Combined, both facilities are expected to bring a combined 1,500 full-time jobs — 1,000 in Suffolk and 500 in Chesapeake.