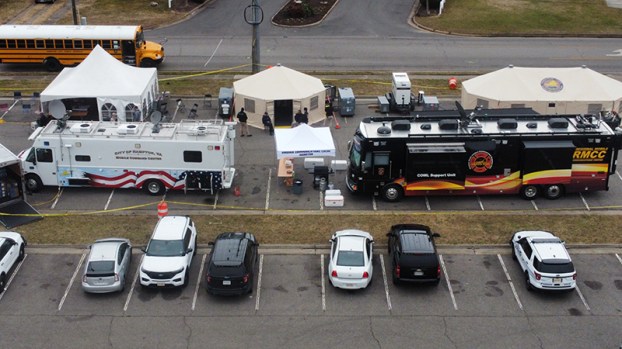 The Hampton Roads Incident Communications Response Unit, on the right, is assisting in the Hampton search for Codi Bigsby. (Suffolk Fire & Rescue photo) 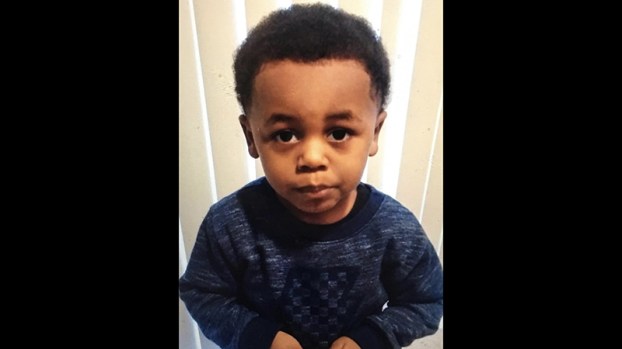 A Suffolk Fire & Rescue communications bus has joined in the search in Hampton for a missing 4-year-old.

Codi Bigsby, 4, was reported missing Jan. 31 from the 100 block of Ranalet Drive in Hampton. His father, Cory Bigsby, 43, has been named a person of interest in the case after police said information he provided did not line up with the evidence.

The search has focused on the area near the boys’ home, and multiple agencies, including the FBI, are involved.

“That bus has a lot of technology,” Savage said in a phone interview on Thursday. “The bus has a ton of capabilities for communications.”

One of the most important ways the bus is aiding the search is that it is able to patch and bridge communications channels so that all of the agencies on site can be on the same page, figuratively.

The bus also has drones, and the department has provided drone pilots to operate them. In addition, it has the capability to use GIS and other mapping software to provide large, printed-out maps of the area on site, which could also assist in the search. It also is able to track assets of all on-scene agencies.

The bus also has a UTV that is aiding the search, Savage said. The bus also provides a safe meeting place and mobile command office.

The communications bus is managed and operated in a joint partnership between Suffolk Fire & Rescue and Information Technology. It is housed and maintained at Suffolk’s Fire Station 6 on Bridge Road and is available to the Tidewater Region in the event of a natural disaster, planned event, or even an investigation such as the search for Codi.

Codi is a 4-year-old Black male standing approximately 3 feet tall, who was last seen wearing all black clothing and Spider-Man flip-flops. Anyone with information is asked to call 1-800-CALL-FBI.