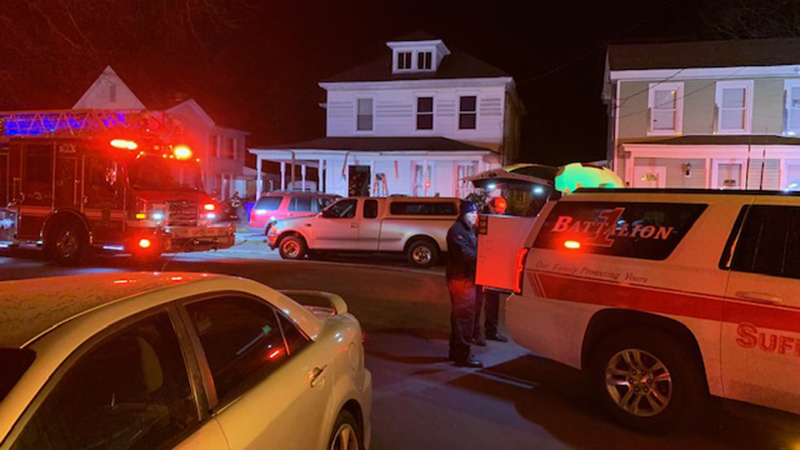 Eleven people have been displaced after a duplex fire that happened early Sunday. (City of Suffolk Photo)

Eleven people have been displaced after a duplex fire that happened early Sunday.

Suffolk Fire & Rescue responded early Sunday morning to reports of the residential structure in the 300 block of Hill Street. The fire was reported at 1:21 a.m., and the first fire unit arrived on scene at 1:26 a.m., according to a city press release.

Units found a two-story duplex with active fire in the walls on the first floor, the press release stated. The home sustained minor smoke and fire damage to the first floor.

Eight adults and three children were displaced as a result of the fire.

There were no reported injuries to firefighters or civilians. Engine 1, Engine 2, Engine 3, Ladder 3, Rescue 1, EMS 1, Safety 1, Battalion 1, FM 7, and Medic 1 responded to the incident.

The Fire Marshal’s Office is currently investigating the cause of the fire.