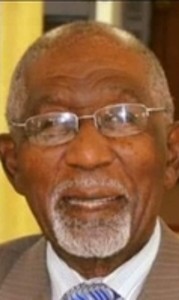 He accepted Christ at an early age at Oak Grove Baptist Church under the pastorship of his grandfather, the Rev. R. R. Rodgers.  As a member of Oak Grove, he served in the Senior Choir, Willing Workers, several other auxiliaries and as an associate minister.

Dr. Rodgers was the retired pastor of Bulaski Baptist Church, Carrsville, after 48 years and nine months. After which, he was given the honor of becoming Pastor Emeritus. After retirement, he returned to his home church, Oak Grove Baptist Church. He was a graduate of East Suffolk High School.  He also matriculated at Tidewater Community College and Virginia University of Lynchburg. He joined the United States Navy at the age of 19 and served from March 9, 1954, until Dec. 12, 1957. He worked at the Navy Supply Center in Norfolk where he retired after 32 years.

The Rev. Dr. Rodgers will lie in state from 1 to 3 p.m. Friday. Feb. 18, at Pulaski Baptist Church, Carrsville. A celebration of life will be held at noon on Saturday, Feb. 19, at Oak Grove Baptist Church. Professional services with dignity have been entrusted to Crocker Funeral Home Inc.