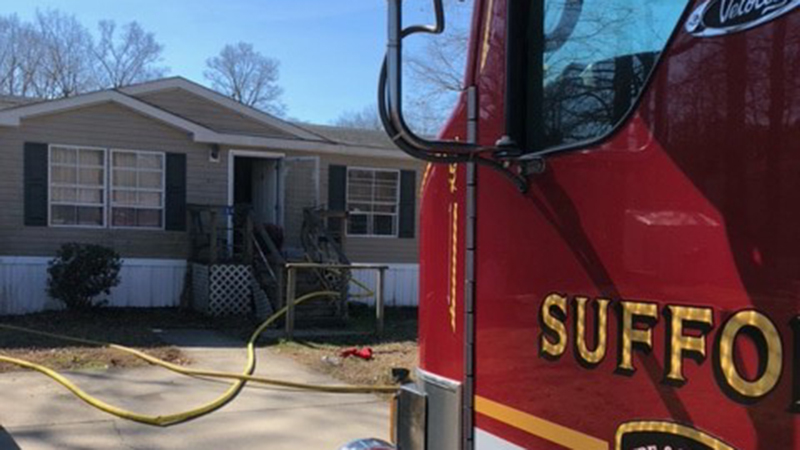 Two people suffered minor injuries during a residential structure fire shortly before noon Wednesday in the 1100 block of Nansemond Parkway.

Fire Chief Michael Barakey advised the first unit arrived on the scene at 11:36 a.m. for the incident involving a bedroom fire in a trailer home in Magnolia Lake Mobile Home Park. The occupants of the home were out of the residence prior to firefighters’ arrival.

The fire was marked under control at 11:44 a.m. It is unknown at this time if the residents will be displaced. The two injured occupants were evaluated at the scene.