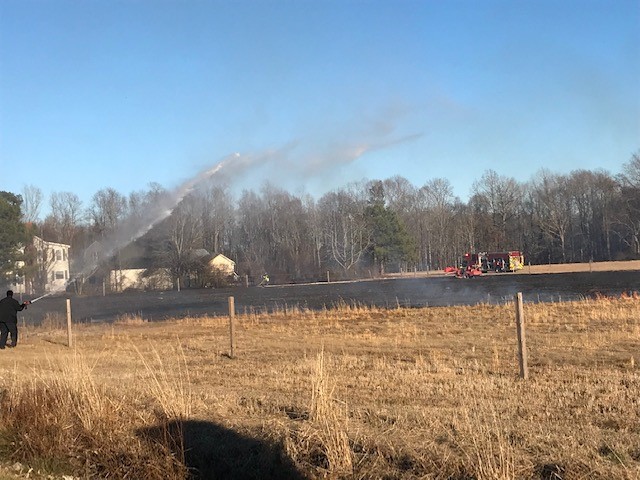 Crews responded to the 120 block of Little Fork Road and the 6700 block of Whaleyville Boulevard at 4:27 p.m.

They found heavy smoke in a field with a fast-moving brush fire that was threatening structures, city officials said in a news release.

“Engine 8 upgraded the response to a structural assignment after arriving on scene and finding a large brush fire with a residential fence and shed on fire,” the release stated. “Engine 8’s crew was able to attack the fire that was moving towards a residential home and additional arriving fire crews were able to limit the fire’s advancement from involving other structures. Crews were able to stop the fire and held the brush fire to 3 acres of involvement, a fence and 10×10 shed.”

The fire was under control by 5:15 p.m. Suffolk police provided traffic control on Whaleyville Boulevard.