‘I understand why you’re doing it, but I don’t like white’: New look for arts center is part of long-needed renovations 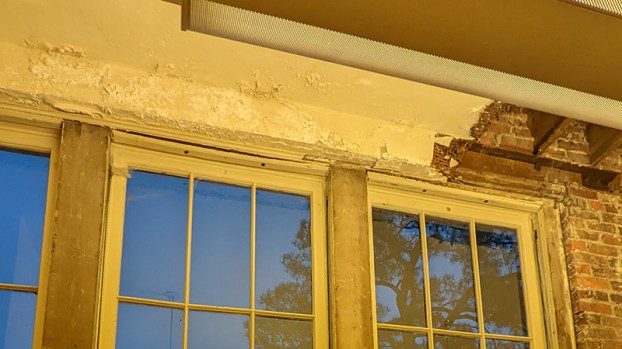 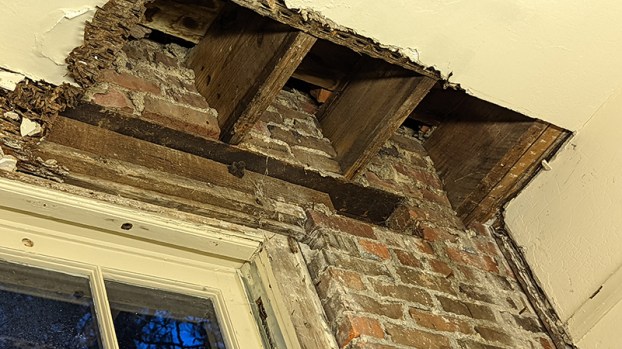 The Suffolk Center for Cultural Arts will undergo renovations beginning in the spring due to structural issues caused by leaks and water damage to the near-100-year-old building. 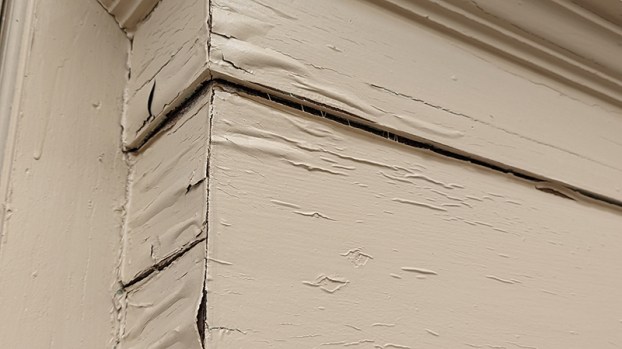 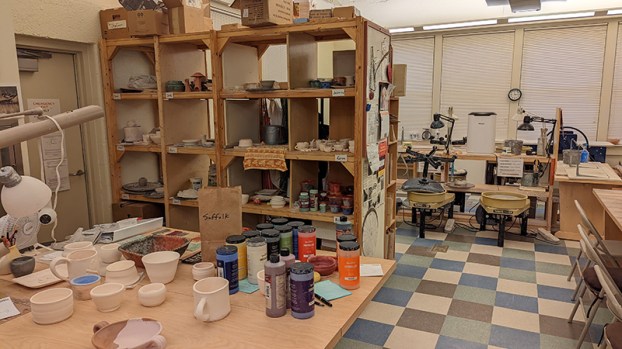 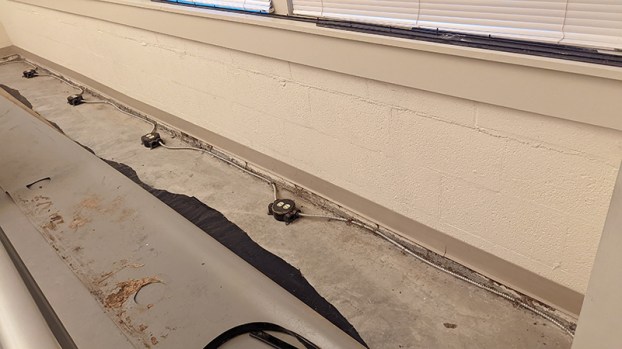 Earlier last Wednesday while in her office at the Suffolk Cultural Arts Center, Executive Director and CEO Lorelei Costa Morrow had a piece of plaster fall on her desk.

She didn’t need that to happen to remind her of the renovations it needs, but it highlighted the need to move on them.

With City Council having unanimously reversed a Historic Landmarks Commission decision that will allow the iconic building to have a dramatically different look that she and other officials say will preserve it, work is expected to proceed later this spring. The building will stay open throughout as work will take place in sections

The commission had previously approved the Department of Planning and Community Development’s recommendation to grant a certificate of appropriateness to allow the arts center at 110 W. Finney Ave. to replace its windows, the supports above them and moldings around the top of the building while rejecting its color choice to coat the exterior bricks, columns, cornice, dentil, trim, accent panels and upper parapet.

Costa Morrow, along with Mark Brinkley, Clay Dills and Gerry West, was at the arts center Thursday to answer questions and give a tour of some of the damaged areas during an open house for about 40 people on a rainy afternoon. Brinkley is president of C.W. Brinkley Inc. Construction of Suffolk, the general contractor for the project, while Dills is the design principal and owner of Dills Architects and West is a principal with Dills.

But it had already been a busy day at the arts center, as it hosted 150 homeschooled children for classes in art, music and dance, and other classes were going on during the tour as well.

Costa Morrow, during a tour of the building, highlighted the numerous current uses of the building, from art exhibits in the gallery, to a dozen shows it hosts during its 2021-22 performance season, to hosting an arts academy for Suffolk Public Schools third, fourth and fifth graders every other Wednesday. It also hosts summer and spring break camps. In a normal, non-pandemic year, the arts center hosts about 30,000 people yearly for events, including about 6,000 children.

But as big as the building is, at 78,600 square feet, she said it can’t be put to its fullest use due to water damage throughout the building, and it is losing badly-needed revenue.

“This used to be leased as office space,” Costa Morrow said, walking into one such room, “and it used to be a key part of our revenue picture. As a non-profit, we always have to be raising all the money we spend. We used to have full-time tenants here, and the moisture from all the water leaks drove them out. They’d get to their desks in the morning and their papers would be wet.”

While there is damage in different parts of the arts center, the most significant damage is on the northeast side of the building.

And though the 530-seat Birdsong Theater is structurally sound, Costa Morrow said they plan to replace the light and sound equipment that is as old as the arts center, which opened as Suffolk High School in 1923. Replacement parts are no longer available for that equipment. It also plans to strip out seating in the front-center of the theater to provide more leg and hip space. She said that is the biggest complaint about the arts center in Google reviews.

While many of the people who came to the open house had similar concerns as others about using the Tnemec coating – a white opaque protective coating – to cover the natural bricks, Costa Morrow said it would cost the arts center an additional $375,000 to give the building a clear coat of paint every three to five years versus only having to use the Tnemec coating, which Brinkley said would last from 15 to 18 years.

Costa Morrow, Brinkley and other officials have said their first choice would have been to use a coating that didn’t cover the bricks of the building, but there are none that exist that will be cost-effective or last as long as the Tnemec coating. While there are other coatings similar to Tnemec, Brinkley said that was the best and the most tried and true option. The arts center previously used a clear coating on the east wall of the building, but it lasted about three to five years.

“Some folks have told us, ‘I understand why you’re doing it, but I don’t like white,’” Costa Morrow said. “I’m glad that those folks are sharing their feedback. It’s probably impossible to make everybody happy with aesthetics.

“I think people care deeply about this building and folks are reluctant to see it change when this building has so many memories for themselves and their families. If we could have clear-coated the building in an economic way, we would have, but the cost difference is shocking.”