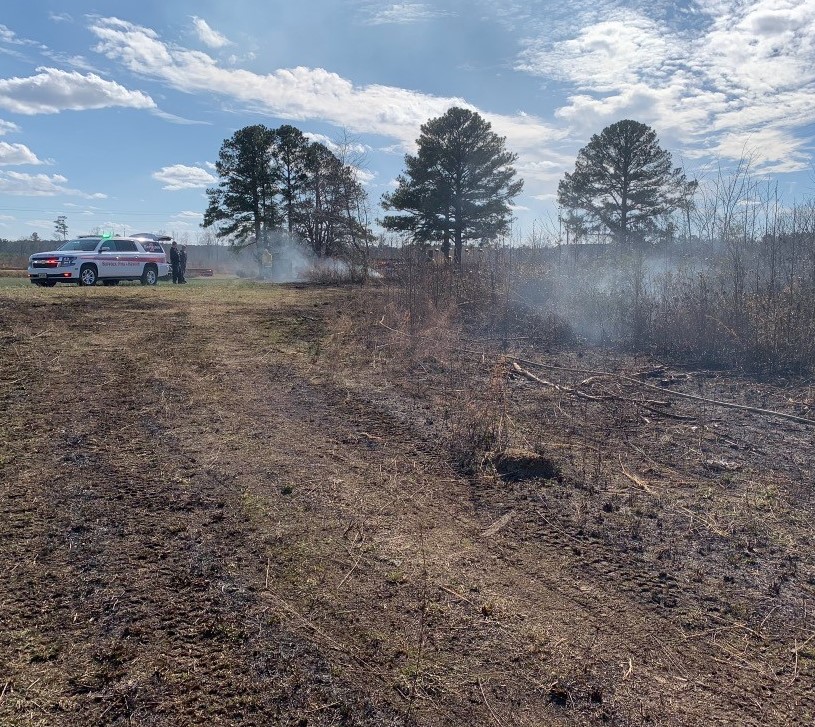 Suffolk Fire & Rescue responded Tuesday afternoon to a brush fire in the 8600 block of Gates Road.

The fire was reported at 12:48 p.m. Battalion Chief Chuck Knight said the first unit arrived on the scene at 1:05 p.m.

The fire covered 5 acres of a field and threatened a detached garage but did not damage the structure. The fire was under control at 2:30 p.m. No injuries were reported.

The cause was accidental, city officials said in a news release.