Curtis Milteer Sr. championed a Whaleyville recreation center. Now it will be renamed in his honor 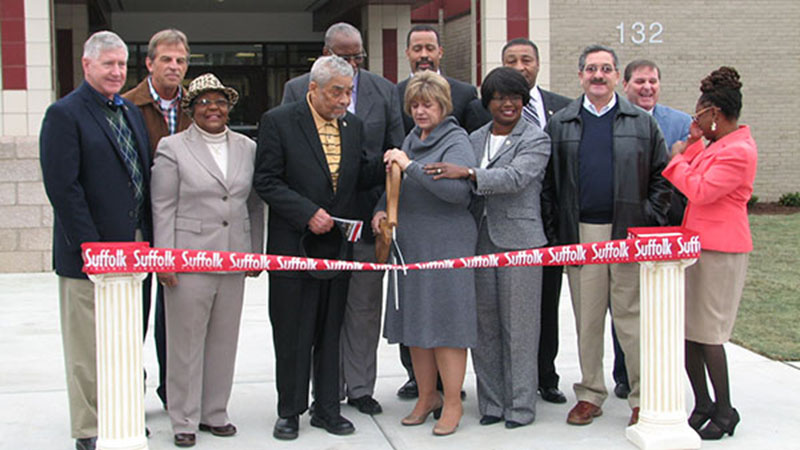 The Whaleyville Recreation Center was something former Councilman Curtis Milteer Sr. had championed and was proud to cut the ribbon for when it opened in January 2015.

Now, the building will bear his name.

City Council, by a 7-0 vote at its March 2 meeting, approved the name change to the Curtis R. Milteer Sr. Recreation Center for the building at 132 Robertson St.

The center was converted from the old Robertson Elementary School, which closed in 2011, and the school division handed the building over to the city. It was originally called the Whaleyville Community Center before becoming the Whaleyville Recreation Center.

Milteer, who represented Whaleyville while on council and helped secure the funding for the project, acknowledged the long wait for the facility at the time, but said it was worth it.

“This center is going to be a success,” Milteer said, “because we’re going to make it a success.”

Council members approved Vice Mayor Leroy Bennett’s motion at their Feb. 16 meeting to direct City Manager Al Moor to prepare an ordinance to rename the building after him.

Bennett said it was only appropriate for the city to rename the recreation center in Milteer’s honor, “because he was the one who fought hard to make sure they had some kind of recreation down in the Whaleyville area, so I think it’s a great honor to have his name on that building.”

Milteer served as the Whaleyville Borough representative on the Suffolk City Council for 40 years and was elected to 10 consecutive terms, with one of his more defining initiatives converting the former Robertson Elementary into the recreation center.

Moor said there would be a ceremony to memorialize the facility’s renaming at a later date.