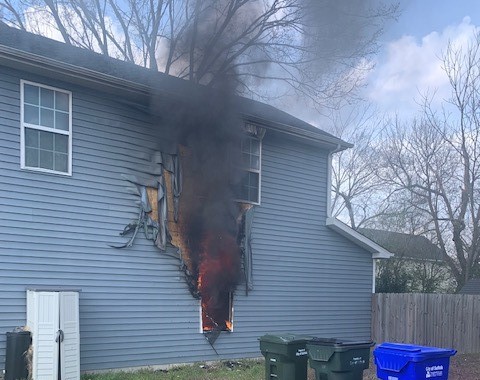 Smoke pours from a Battery Avenue residence Sunday afternoon. Six people were displaced, but no one was injured. (Submitted photo)

Six people were displaced by a house fire Sunday afternoon in the 600 block of Battery Avenue downtown. No injuries were reported.

Suffolk Fire & Rescue units responding to the scene at 12:14 p.m. found heavy fire through a first-floor window floor on the side of the two-story home.

The fire was under control by 12:36 p.m. after an “aggressive interior attack,” the city said in a news release.

The home sustained heavy fire damage to the first floor and major smoke damage to the entire structure. Three adults and three children were displaced, and the American Red Cross is assisting them.

The Fire Marshal’s Office is investigating the cause and origin of the fire.