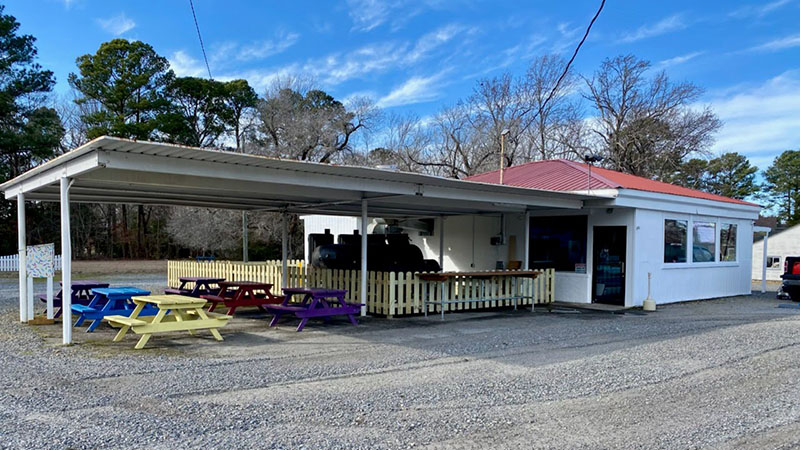 Country Boy’s BBQ is preparing to open soon at its new location at 1601 Bridge Road.

After saying goodbye to a beloved donut shop, North Suffolk will say hello to some fresh barbecue.

Heather and Danny Thornton own Country Boy’s BBQ and previously had a location in Windsor. With the North Suffolk building now available, the Thorntons took the opportunity to move and start something new.

Country Boy’s BBQ will have a similar takeout style to that of O’doodleDoo’s. Guests will enter one door and choose their homemade food selection before exiting the other door. Folks will choose from brisket and hand-pulled pork that are cooked low and slow on an all-wood Lang smoker. Everything is made from scratch and in-house, including the sandwich buns, mac and cheese, coleslaw and salads. There will also be homemade baked goods that may rotate, including cookies, cinnamon rolls, cheesecake and whatever else may be in the oven. The menu will be small but will have weekly specials to give guests a variety.

The Thorntons started Country Boy’s BBQ in 2009, focusing on booths at festivals and catering. In 2012, they opened a permanent location in Windsor off West Windsor Boulevard. There they did a lot of catering orders, especially for weddings. Once COVID-19 came, their catering took a hit and the Thorntons looked for another option. The former donut shop provided a perfect location for Country Boy’s BBQ to try out a takeout format.

“This is a totally new project for us,” said Thornton. “It’s always exciting starting something new.”

No opening date is set, but the Thorntons expect it to be ready in the coming week. An official announcement will be made on its Facebook page.

In November, O’doodleDoo’s Donuts announced that it would close its doors after over 10 years of serving unique donuts to Suffolk. The donut shop’s owner, Reeva Luecke, announced she would be focusing her time on her Carrollton ice cream shop, Cone Slingers Ice Cream.