Family remembers missing son through a scholarship and neighborhood clean-up 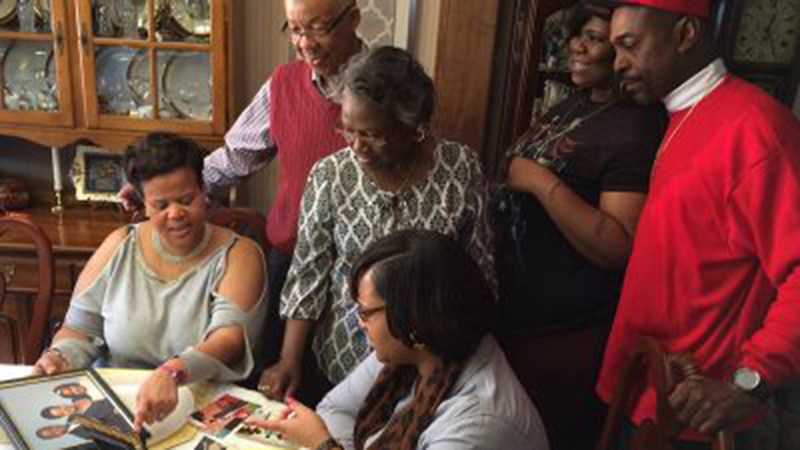 Russell went missing from Suffolk Nov. 11, 2015 and Turner said no one has heard from him since.

On that day more than six years ago, Russell last contacted his family, and that evening, Turner got a phone call that her son, 30 at the time, had been shot in Newport News.

But the shooting’s location was never found, nor was Russell, and no one has seen or heard from him since, and his body has never been found.

While Turner believes her son is dead, she wants to have closure. She and her family are also resolute in keeping his memory alive through a scholarship fund and a community beautification project.

The scholarship Turner started in her son’s name is for $500 and is open to graduating seniors attending one of Suffolk’s public high schools – Lakeland, King’s Fork and Nansemond River – since Russell is a Lakeland graduate. Among the requirements is for scholarship applicants to write a 300-word essay on “how to eradicate gun, drug and youth violence in the city of Suffolk.”

She knew he had been active in a gang, that he was approached to join one when he was 13 and eventually joined one, but he also attended church regularly as a youth, played basketball in high school, loved his family and friends, loved animals and was a member of the Boy Scouts of America.

Turner said in an interview last week that she had yet to receive an application for the scholarship. The deadline to apply is April 15.

“I’m hoping that parents and grandparents will see it and make the kids do it because I’m placing it on all aspects of social media – Twitter, Facebook,” Turner said.

The Quantez Russell Scholarship Fund will also be hosting a cleanup from 8:30 to 10:30 a.m. April 16 in the area of Truman Road to Seminole Drive to support the city’s adopt-a-street program. Those participating will meet at the White Marsh Road Plaza at 8:30 a.m. and for students who participate, they will receive a letter from the scholarship fund to present to their respective schools for community service hours.

“I do want people to know that I appreciate all of their cares and concerns, and their donations and love and prayers,” Turner said. “And since this is the seventh year, we will be able to declare him deceased in November of this year.”

Any Suffolk Public Schools high school student wanting to apply for the 2022 Quantez Russell Scholarship can view the application at https://bit.ly/QuantezRussellScholarship. For more information, contact Joan Turner at 757-650-8096 or by email at ilv4n6@msn.com.