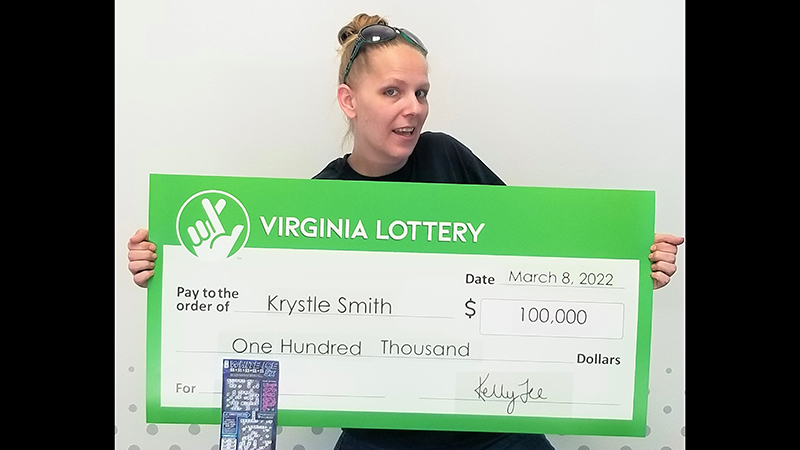 If you like to play the lottery, you might want to let Krystle Smith buy your ticket.

The Suffolk woman’s amazing winning streak reached four with a $100,000 ticket purchased at the Sunoco convenience store on Godwin Boulevard. Smith had won $100 playing a Virginia Lottery scratcher game a few weeks ago. The next week she won another $100 and then another $200 a week later.

“It’s kind of surreal,” Smith told lottery officials. “I told my fiancé, ‘Babe, I think I just won a lot of money.’”

Smith was one of six $100,000 winners in the White Ice Crossword 5X contest. One of the six prizes remained unclaimed as of midweek.

The chances of winning the top prize are 1 in 1.224 million.

Smith said she has no immediate plans for her winnings.