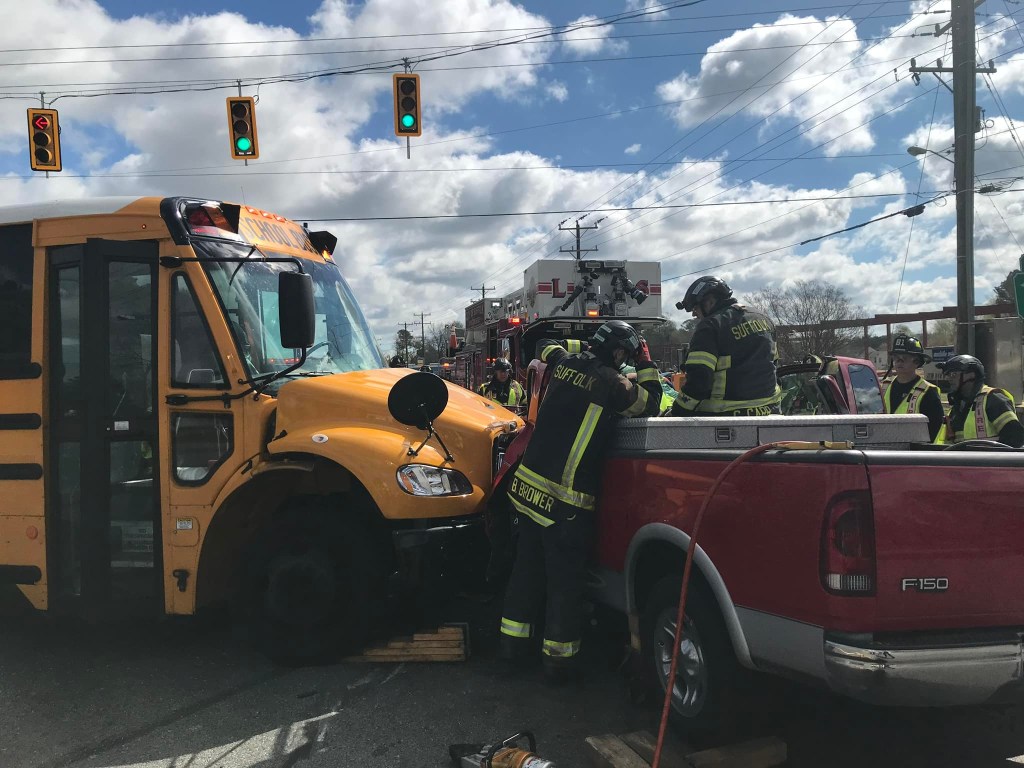 One person suffered serious but non-life-threatening injuries in a crash Wednesday morning involving a pickup truck and a school bus at the intersection of Holland Road and Kenyon Road. Suffolk Fire & Rescue photo.

One person was seriously injured in a crash involving a school bus and a pickup truck Wednesday morning at the intersection of Holland Road and Kenyon Road.

The driver of the pickup was trapped, and Suffolk Fire & Rescue personnel were able to get the woman out and treated her on the scene, according to a news release. She was taken to an area hospital by Nightingale helicopter with serious but non-life-threatening injuries.

The bus driver did not report any injuries, and there were no students on the bus.

First responders received the call at 9:53 a.m., and Suffolk Police and Suffolk Fire & Rescue responded to the crash scene.

Both east and westbound lanes of Holland Road/U.S. Route 58 were closed until around 11:30 a.m. There may be traffic delays in the area until the volume subsides.

The crash is under investigation.

Keeping the Suffolk Police Department on the ‘cutting edge’…