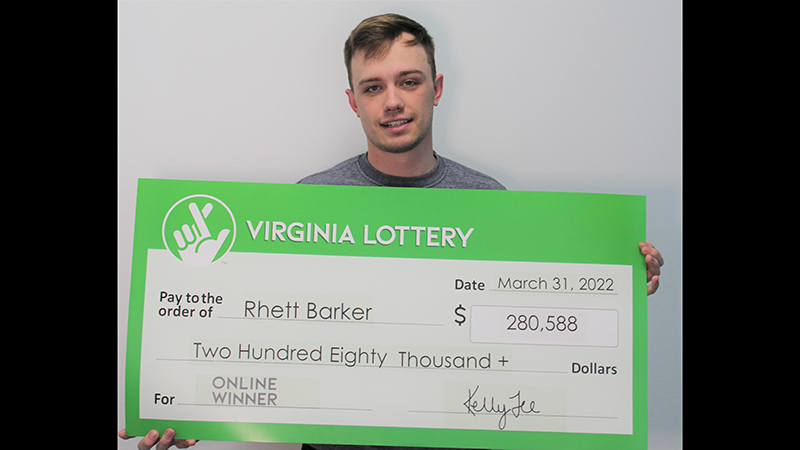 When Suffolk’s Rhett Barker won $280,588 in the Virginia Lottery, he did it without ever leaving his couch. He was sitting at home, having got off work a little early, when he went online to valottery.com to play the MONOPOLY Progressive Jackpots game. It didn’t take long for him to win big!

“I just sat there and laughed for about five minutes!” he later told Lottery officials.

Barker serves in the U.S. Navy, stationed in the Hampton Roads area. He is originally from Arkansas.

He said his big win came just a few nights after he returned from a friend’s wedding in Las Vegas, where he had had some good luck at the blackjack table.

MONOPOLY Progressive Jackpots grow as more people play. The odds of winning any prize in the game are 1 in 4.68.

Barker, who has been in the Navy four years, said he plans to invest much of his winnings.