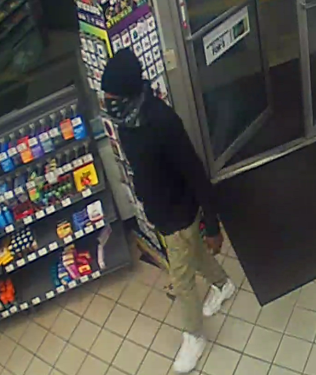 Surveillance camera captured this image of a man who attempted to rob the 7-Eleven on West Washington Street.

A man tried but failed to take the cash register from a West Washington Street convenience store during an attempted robbery Sunday morning, Suffolk police said.

Officers responded to the 7-Eleven at 819 W. Washington St. at 4:22 a.m. and learned that a man entered the store and implied he had a firearm. The man then attempted to take the cash register and made threats of physical harm to the clerk.

“The suspect was unsuccessful in his attempt and left the store on foot,” police said in a news release.

The man is described as 5-foot-7 to 5-foot-9 tall and 130 to 140 pounds. He was last seen wearing a black hat, black jacket and a hooded sweatshirt with a black bandanna, khaki pants and white sneakers.

After submitting a tip, the person will be given a TIP ID and password. With this information they can login at p3tips.com and submit follow-up information, engage in two-way dialogue, be informed of the outcome of the tip, and access reward information.

Man tells police he was shot on West Washington Street 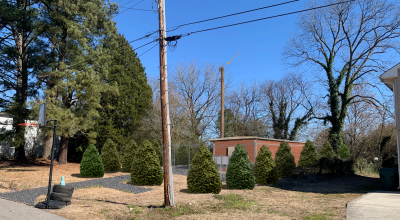 Shentel a step closer to providing broadband in the city 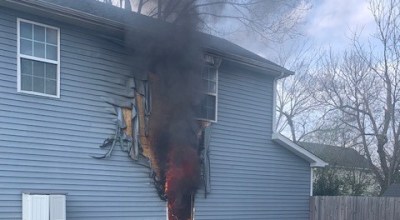