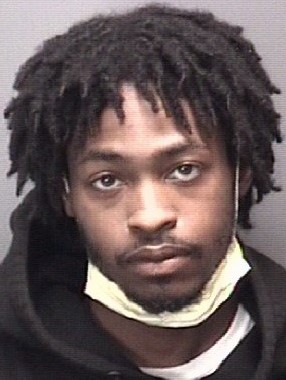 Editor’s note: This article was updated at 9:45 a.m. Wednesday with charges against the driver.

A car crashed into a guard rail while fleeing from a Suffolk police officer Tuesday night.

The car’s driver and passenger were taken to the hospital with non-life-threatening injuries, police said in a news release. The driver, Darryl Lamont Knight Jr., 23 of Suffolk, charged with two counts of carrying concealed weapon – subsequent offense and one count of eluding police – endangering persons or police, both felonies, and misdemeanor counts of failure to maintain proper control/improper brakes and reckless driving – speeding over 85 mph.

The incident occurred at 9:27 p.m. when an officer was running stationary radar on the Route 13 Southwest Suffolk Bypass and a vehicle passed at over 100 mph in a posted 60 mph zone, police said. The officer attempted to catch up to the vehicle to conduct a traffic stop, but the driver failed to yield and crashed into a guard rail on the Turlington Road exit.