Two children who firefighters rescued from a burning apartment building in the 400 block of Smith Street Wednesday afternoon were taken to a local hospital after being evaluated for possible smoke inhalation.

Three Suffolk Fire & Rescue firefighters were also treated at the scene for what is believed to be heat exhaustion, according to Fire Chief Mike Barakey, and two were taken to the hospital for further evaluation.

Residents of the apartment building will be displaced, and the American Red Cross has been contacted to provide help. It is not known at this time the number of residents who lived in the building.

The three-alarm fire was first reported at 1:23 p.m., with initial reports indicating that several people were trapped inside the apartment building located off of Smith Street between Linden Avenue and St. James Avenue.

Crews completed a secondary search of the building and it was deemed clear.

Barakey said the first unit to arrive found heavy flames showing from the rear of the building.

The cause of the fire remains under investigation and was deemed under control at 3:15 p.m.

This story has been updated. 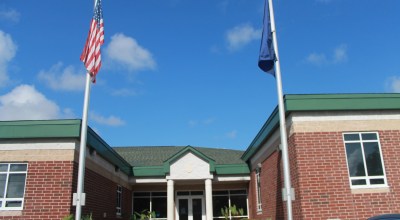