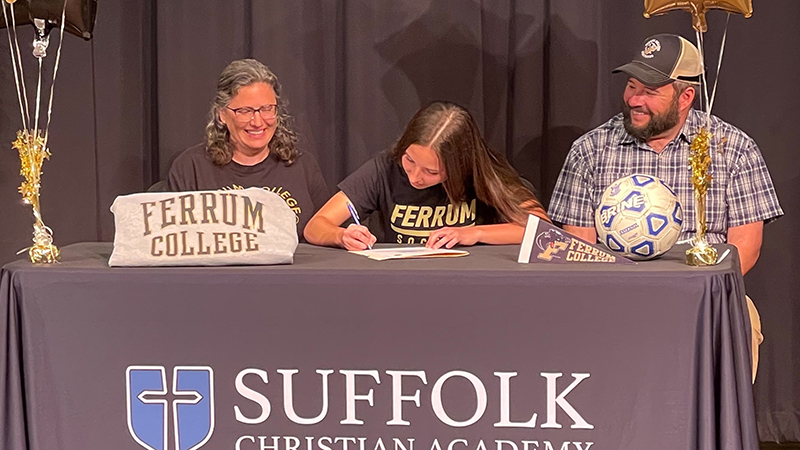 Jadyn Patton signs to play soccer for Ferrum College during a ceremony at Suffolk Christian Academy on Wednesday. Looking on are her mother, Kristy Cornette, and father, Steven Patton.

Ferrum, located near Roanoke, is an NCAA Division III school that competes in the Old Dominion Athletic Conference.

On hand for the Wednesday signing ceremony were her parents, Kristy Cornette and Steven Patton, as well as Patton’s teammates and Coach Ricky Garza.

In addition to soccer, Patton competed in basketball and volleyball for SCA.

She also excels in the classroom and will be an honor graduate from the school this spring.

Ferrum finished with a 4-11-2 record last spring, including a 3-6 mark in ODAC play.