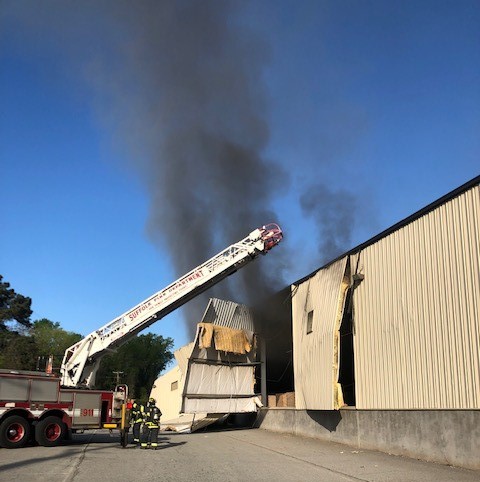 Suffolk firefighters battled a three-alarm fire after an explosion Wednesday morning at a warehouse in the 300 block of Moore Avenue off East Pinner Street near downtown.

Dispatchers were notified at 7:47 a.m. about the fire at Celadon DP.

Fire Chief Michael Barakey said the first units on the scene encountered heavy black smoke. A preliminary investigation indicated there was an explosion at the site with multiple sides of the warehouse building blown out, he said. No injuries were reported. The fire was marked under control at 8:32 a.m.