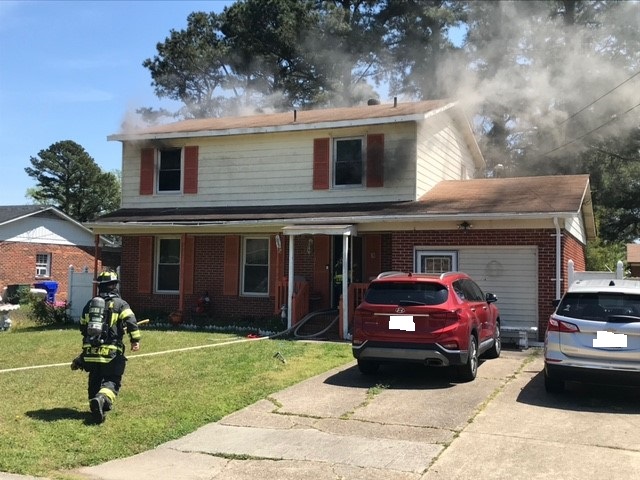 Smoke pours from the second floor of a home on Custis Road in east Suffolk.

A home in east Suffolk sustained heavy fire and smoke damage in a fire Friday afternoon, displacing its two residents.

A dog was removed from the home and resuscitated by Fire & Rescue personnel, but the animal died at the scene due to sustained injuries. No additional injuries were reported.