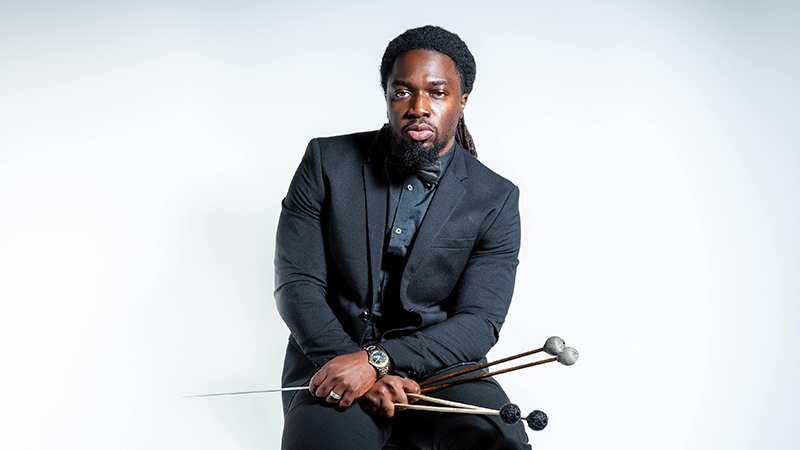 Alvin Moore is a Lakeland High School graduate that was recognized as a Nobel Educator of Distinction.

A Suffolk resident has been recognized as a Nobel Educator of Distinction.

Alvin Moore graduated from Lakeland High School in 2005 as a proud member of its marching band. Now, he is the band director at Norview High School in Norfolk.

“I just want to give my students the same opportunity I had,” said Moore. “Being a kid growing up in Downtown Suffolk, I didn’t have a lot of opportunities. But being in band, I got to travel places and experience things I wouldn’t have otherwise.”

Each year, the National Society of High School Scholars encourages students to nominate an educator who has significantly impacted their high school academic career. Any high school educator can be nominated, including teachers, principals, coaches and counselors. These professionals are given the Nobel Educator of Distinction, named after the society’s founder Claes Nobel, whose family started the Nobel Prize awards.

“I want to be for them who I needed when I was younger,” said Moore.

According to Moore, ever since fifth grade when he saw the Nansemond River High School band perform at Booker T. Washington Elementary School, he knew he wanted to be a part of the band. Moore joined the middle school band playing the trumpet in sixth grade at Forest Glen Middle School. He stayed in the program through high school, then in 11th grade, he switched to percussion.

According to Moore, he didn’t participate in sports or other extracurricular activities. However, once he started band in sixth grade, he knew this was it for him.

After serving in the United States Navy from 2007 to 2011, Moore went to Norfolk State University where he earned a Bachelor’s of music education in 2015 and a Master of Music Education in 2020.

“The arts do make a difference, whether it’s art or music,” he said. “We call them not important classes sometimes, but they ended up being the most important classes in my life. We need to not look at them as less than but equal to.”