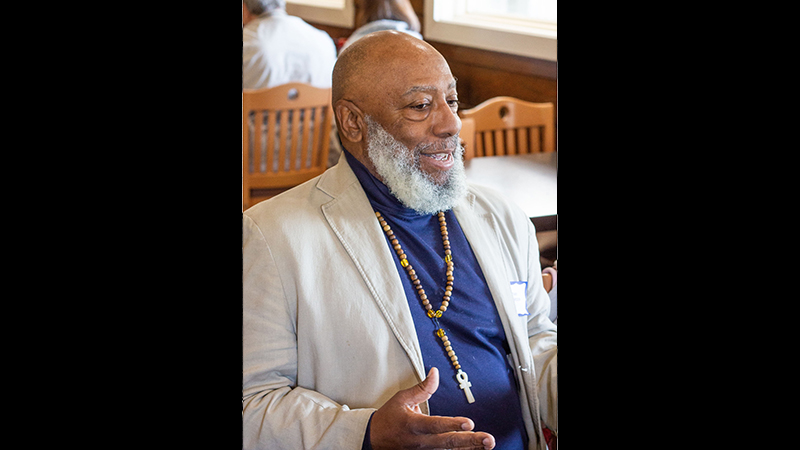 Suffolk’s Nathan M. Richardson will be the featured speaker at a writing workshop hosted by the Chesapeake Bay Writers.

Richardson’s topic is “Ekphrastic writing,” which is creative writing inspired by visual art.

The group will meet in the library’s Grace & Stanley Kitzinger Community Room.

Richardson, a former News-Herald marketing consultant, is a published author, performance poet and Frederick Douglass historian. His poetry collections include “Likeness of Being,” “Twenty-one Imaginary T-shirts” and “The 7 Last Poems of an Unarmed Citizen.” His work has been widely republished in anthologies, magazines and newspapers such as the Channel Marker, The Cupola, Coastal Virginia Magazine and the Washington Post.

Richardson, who teaches a variety of workshops for emerging writers, is in the seventh year of The Frederick Douglass Speaking Tour.

“In this living history performance, he captures completely the physical and spiritual essence of the former slave, writer, orator and abolitionist Frederick Douglass,” McGiboney said.

For information about the workshop, visit chesapeakebaywriters.org or email CBWreply@gmail.com.