Shentel has identified a new downtown location for a broadband facility less than a month after City Council voted down its first choice.

The Edinburg-based company is now looking to locate its facility in the rear of the parking lot at the city’s Health and Human Services building at Hall Avenue and Culloden Street, according to a resolution approved by the Economic Development Authority’s board Wednesday to become a signer onto the company’s new conditional use permit request following a closed meeting to discuss the arrangement.

While the authority and the company would still have to negotiate the terms and conditions of locating its facility on the authority’s property, this allows Shentel to begin the process to apply for a conditional use permit for the Health and Human Services building about a mile away from what had been Shentel’s first-choice site on vacant property at 120, 122 and 124 S. 5th St. just off of East Washington Street.

Council voted 7-0 at its April 20 meeting against granting the company a conditional use permit to allow the company to set up its facility on those properties.

City officials had suggested the company find another location, preferably on a commercial site.

Hughes said the 320-space parking lot is underused and could handle the facility Shentel wants to build.

“I think their goal would be to try to provide some service this year,” Hughes said. “And in order to stay on track, they needed an alternative site since that one didn’t go the way they planned.”

The proposed new location, owned by the EDA, would still be subject to public hearings before the Planning Commission and council for a new conditional use permit. However, the authority’s board signed off on allowing the EDA to host the facility on its property in a 5-0 vote.

Company officials have said it needs to have a fiber optic point of presence site for the company’s Glo fiber broadband service.

At the first public hearing for Shentel’s permit request, company senior network engineer Billy Hume said the company wanted to use the South 5th Street location because it needed to be centrally located, and it has distance limitations with its fiber. The new site would be about a mile away.

Officials with Shentel have said it would like to be able to start providing service to city residents before the end of this year.

It is not clear, though, when the new conditional use permit would reach the commission or council.

Assistant Director of Planning Kevin Wyne and City Manager Al Moor said last month that the company could apply for another conditional use permit for another site, but that process would likely take at least 90 days to allow the planning office to evaluate the appropriateness of a new site.

Council members said when they denied the company’s first permit request that the issue was with the location only, and that they wanted Shentel to operate in the city.

“This would be just a few streets over,” Hughes said. “And there’s nobody that lives near it so you take the residential question out of the equation.” 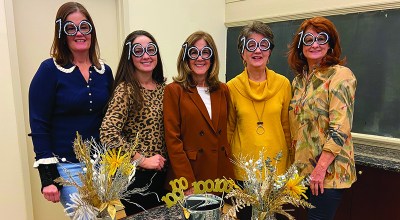 ‘Cheers to 100 Years’ A Gala to Remember