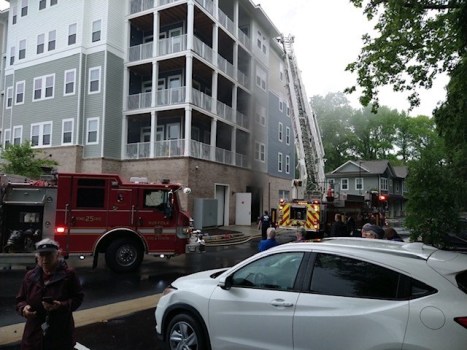 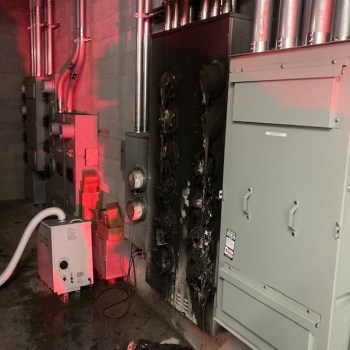 Roughly 200 occupants of a North Suffolk apartment complex were evacuated Saturday morning after a fire in the building’s mechanical room. No one was injured.

Suffolk Fire & Rescue responded to Royal Sail Apartments at Bridgeport in the 1100 block of Knotts Pointe Lane, off Bridge Road, at 8:47 a.m.

Firefighters found heavy smoke coming from the electrical room of the five-story apartment building and progressing into the entire building through the trash chute, the city said in a news release.

There is heavy fire damage to the electrical service drops and panel box in the mechanical room, according to the news release. Two hundred occupants and 100 apartments are affected while power is off in the entire building.

The Fire Marshal’s Office is investigating the cause and origin of the fire.