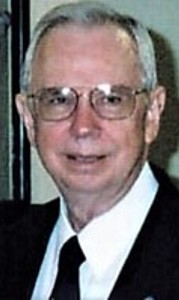 The Rev. Edward L. “Ed” Stewart, 88, formerly of Suffolk, died peacefully at his McComb, Miss. home on Sunday, May 15, 2022, after a brief illness.
Funeral services will be at 11 a.m. Wednesday, May 18, at Sharkey Funeral Home, Summit, Miss., followed by burial in Hollywood Cemetery. Visitation was from 4 to 7 p.m. Tuesday, May 17, and will continue on Wednesday morning from 10 a.m. until the time of service at the funeral home. The Rev. David Boyd and the Rev. David Luce will officiate.
Brother Ed was born Aug. 2, 1933, in Athens, Texas. After graduation from Athens High School, he served his country in the Air Force, rising to the rank of technical sergeant while serving in Germany and France during the Korean War. Upon honorable discharge, he enrolled in Southwestern Assemblies of God University in Waxahachie, Texas, where he graduated as valedictorian.

His 60 years of ordained ministry with the Assemblies of God included pastorates in Belzoni, Escatawpa, Waveland, Greenville, Kiln, Meridian and three churches in the McComb area: First Assembly of God, Faith Assembly of God and Bogue Chitto Assembly of God, where he remained a member at the time of his death.
Upon retiring from full-time pastoring, Brother Ed served as an interim and supply pastor for a number of churches and blessed thousands in the McComb area as a chaplain at Southwest Mississippi Regional Medical Center and the Mississippi Cancer Institute, known locally as the Cancer Center. Still later, he and his wife, Jackie, became the “unofficial chaplains” of the Walmart Supercenter in McComb, visiting with customers and employees alike each morning, sharing inspiring and funny stories, and praying with anyone who needed encouragement.
His long ministry and lifelong dedication to the Lord inspired his 2019 memoir, “What a God!”, filled with stories of healing and salvation. At age 87, he published his second book, a collection of 100 devotions entitled “Green Pastures.” At the time of his death, he was halfway through writing his third book, titled “Life’s Tough Times.”
In 2021, Brother Ed was named the Enterprise-Journal’s Father of the Year after being nominated by his children, whom he loved dearly and were at his side at the time of his death.
He was preceded in death by his parents, Roy and Betty Stewart and two sisters, Betty Roy Parker and Mary Ann Moore.
Survivors include his soulmate and faithful partner of 70 years, Jacqueline “Jackie” Stewart of McComb, Miss.; daughters Debbie Wilson and her husband, Doyle, and Sherry Pigott and her husband, Terry, both of Summit, Miss.; son Steve Stewart and his wife, Rhonda, of Smithfield; six grandchildren, Justin Pigott, Kyle Pigott, Kimberly Brister, Matthew Wilson, Erin Lamkin and Taylor Wilson; six great-grandchildren and his “third daughter”, Diane Noland.
Pallbearers will be his sons-in-law, grandsons Justin Pigott, Kyle Pigott and Taylor Wilson, and nephews, Ed and Terry Brown and friend and neighbor, Rock Smith. Honorary pallbearers will be great-grandsons Aiden and Abel Wilson, and nephews Monte Parker and Wayne, Michael and Ricky Moore.
The family deeply appreciates his caretakers in recent weeks, Brenda Taylor, Emma Porter and Michelle Conerly and the staff of St. Luke Home Health & Hospice.
Memorial contributions may be made to St. Jude Children’s Research Hospital, 501 St. Jude Place, Memphis, TN 38105.