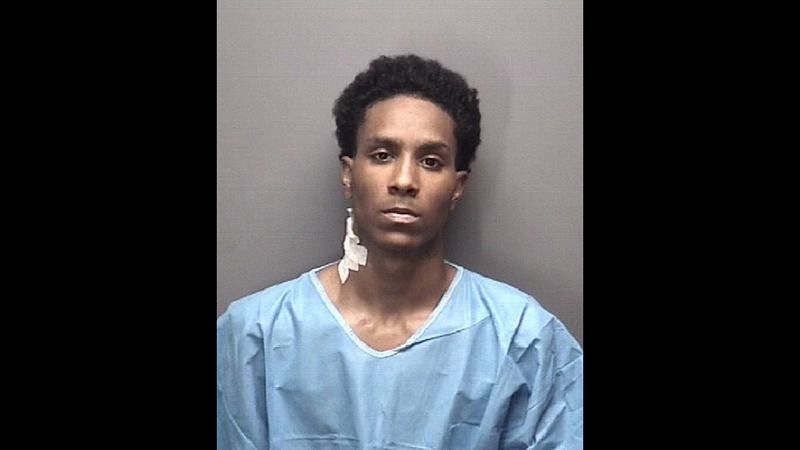 The man accused of second degree murder in the shooting death of a Windsor man at the Hoffler Apartments off East Washington Street appeared in Suffolk General District Court Thursday, saying his mother had hired an attorney for him.

In a brief appearance via video from Western Tidewater Regional Jail, Maleek Sailuan Meyers, 18, told Presiding Judge Alfred W. Bates III that after an issue with his first attorney, his mother had just hired a new attorney, James Broccoletti.

Bates said Meyers would have another week “to get it done” and have his attorney appear in court, setting a 9 a.m. May 26 court date. There has yet to be a bond hearing or arraignment for Meyers, who has also been charged with conspiracy to commit a felony, assault; shoot, stab, etc. in the commission of a felony; discharging a firearm in/around a school; and the use or discharge of a firearm in the commission of a felony.

According to the criminal complaint filed in court and a city news release, a Suffolk Police officer responded to the Hoffler Apartments at 2210 E. Washington St. in reference to a shooting just after midnight.

At the scene, multiple officers were directed to go to the rear of the 800 units, where they found Artis suffering from multiple gunshot wounds and “visibly deceased.”

Another officer saw a white vehicle without its lights on leaving quickly from the apartments. Officers found the vehicle after it crashed and the people in the car fled, and they determined that the car’s registration belonged to Meyers. They found firearms, narcotics, packaging material and magazines.

They found Meyers, who police said was injured in the incident, at Sentara Obici Hospital. He was later brought to Suffolk Police headquarters for questioning and advised of his legal rights.

The criminal complaint noted that video surveillance put Meyers’ vehicle driving through the Hoffler Apartments prior to Artis being shot. “A short time later,” three people approached the back of the complex with a mask and firearms.

“Meyers admitted to driving through that area more than once and later shooting at the victim four times before fleeing the area,” the criminal complaint states.

Meyers, according to the criminal complaint, saw police pursuing them and continued to try to get away. It stated that the shooting happened within 1,000 feet of John F. Kennedy Middle School and that the charges were based on the evidence outlined in the complaint.

Police said they were investigating a possible connection to another shooting at Hoffler Apartments public housing neighborhood April 26. In that incident, a boy under 18 suffered non-life-threatening injuries, and several vehicles and one apartment were struck by bullets.