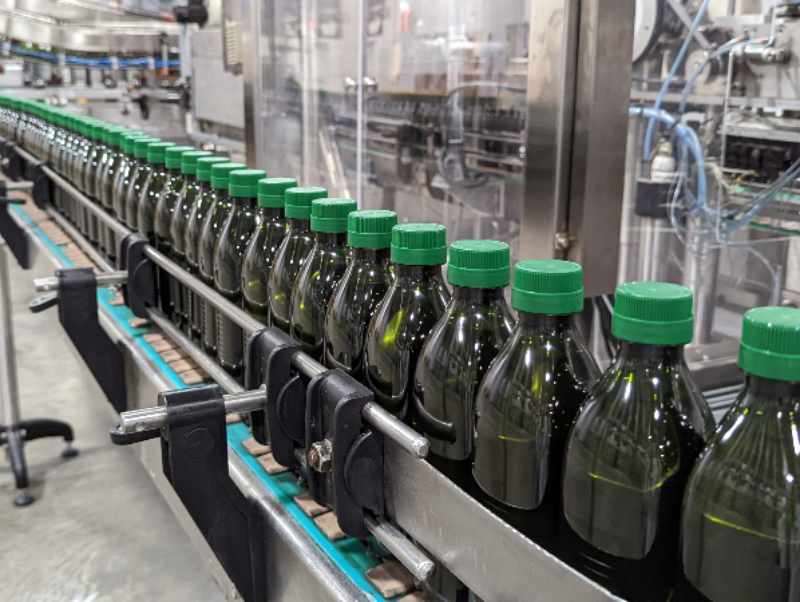 So, after finding that location at 1010 Obici Industrial Blvd. in the Suffolk Industrial Park, what was another two years for the company, headquartered in Seville, Spain, to hold a formal ribbon-cutting for the 88,000-square-foot facility?

“We knew we found the right place for a business like ours,” said Gonzalo Guillén, Acesur’s chief executive officer. “There are a few ports in Virginia. This site affords us easy access to both the northeastern and the southeastern corridors. We are very excited to be a part of the economic engine in Suffolk. I look forward to growing the business and growing the local economy.”

Officials were proud to showcase their $11 million investment at long last Wednesday, walking those in attendance, after they donned lab coats and nettings to cover their hair and beards, through the sprawling plant. The company, which operates in the U.S. under its subsidiary Acesur USA LLC, spent just over $5 million to buy the former Flexa Furniture manufacturing facility and invested another $6 million in renovations and equipment. The deal was announced in February 2020.

“Building out a facility and getting things running during the worldwide pandemic was challenging, but we all banded together to get it accomplished,” said Joe Fairchild, chief operating officer for Acesur USA.

“We want to thank you for embracing our city,” Duman said. “And we’re glad to be here today celebrating together. Thank you for your dedication and investment in Suffolk, and the impact on jobs that you have made in our city. We look forward to watching you grow with Suffolk.”

Acesur’s plant in Suffolk currently employs 24 people working one shift, but company officials hope to beef up staffing to accommodate a second shift.

“We’re looking to add shifts, but it is still very difficult to find employees,” Fairchild said. “Everybody’s going through the same thing. It’s not just us. We do the very best we can.”

In noting that the Suffolk facility is the company’s 10th factory worldwide, and only its second outside of Spain, Guillén stressed the company’s family roots since its founding in 1840 and said its vertical integration allows it to be nimble in adjusting to business needs.

“What makes us different from other olive oil companies in the world,” Guillén said, “(is) we’re 100% a family business.”

The company has its own farms where it plants olive trees, produces its own olives and has four factories devoted to crushing olives.

“At the end it’s a juice,” Guillén said. “It’s a fruit juice. That’s the big difference of this vegetable oil. It’s the only vegetable oil that comes from a fruit that is just a juice. Any other vegetable oil, like soya or corn or canola, all those are extracted chemically from seeds. So this is a big difference and why it is so healthy.”

He said that while they are refiners and bottlers, they also take care of the olives’ subproducts, since out of 10 kilograms of an olive, just two kilograms is olive oil. It has factories that treat the other eight kilograms.

As for Suffolk, even though the company is still new to the city, it has plans to grow.

Fairchild said the company has a long-range plan to expand the facility, and it is working with the city to buy another piece of land in the industrial park “so that in the next three to five years, we have total control over how much we can expand.”

“We expect to grow vehemently over the next few years,” Fairchild said. “And that’s our plan.”

Mayor touts Birdsong $25.1m investment, others in State of…