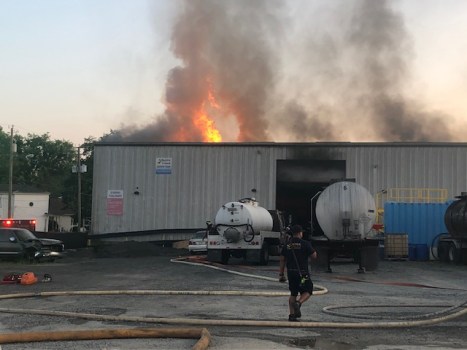 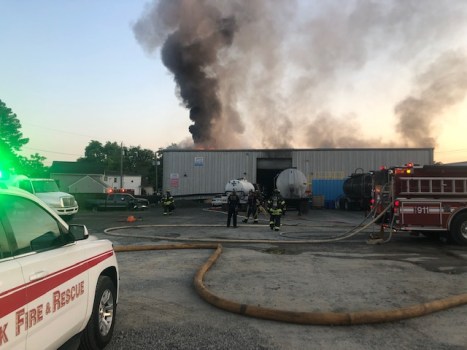 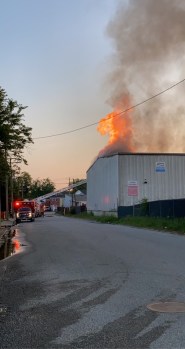 A tank of recycled oil burned during a fire at a commercial building on South Saratoga Stret.

No one was injured Tuesday evening in a two-alarm commercial structure fire in the 400 block of South Saratoga Street.

Dispatchers were alerted of the fire at Suburban Investments at 7:35 p.m.

When firefighters arrived, they found heavy smoke showing from the front roll-up door and the roof.  An investigation revealed that an 8,000-gallon processing tank containing recycled oil was on fire in the rear of the building.

With 2,000 gallons of product on fire, a second alarm was requested by Battalion 1 due to the size of the building and the amount of fire in the tank, city officials said in a news release.  While crews attacked the fire from the interior, ladder crews vented the roof above. The rescue company performed a search of the building but didn’t find anyone. The business was occupied at the time of the fire.

The Fire Marshal’s Office is investigating the cause of the fire. The fire was under control at 8:17 p.m. Suffolk police officers provided traffic control and assisted in the investigation.