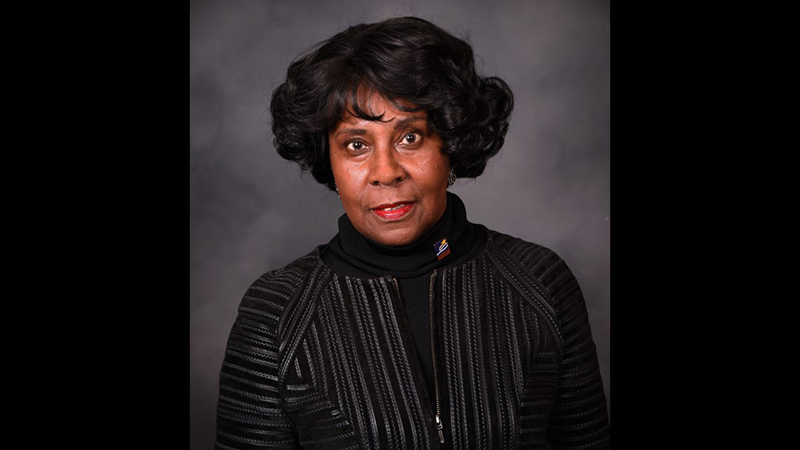 A judge in Suffolk Circuit Court on Thursday dismissed a recall petition against School Board Chairwoman Dr. Judith Brooks-Buck.

A judge ruled Thursday in Suffolk Circuit Court that the recall effort against Suffolk School Board Chairwoman Dr. Judith Brooks-Buck was without merit and dismissed the petition against her.

Brooks-Buck, who represents the Nansemond Borough on the board, smiled as the judge gave his ruling, but said afterward she believes the efforts of the group who organized the petition against her will continue.

“This is about politics and wanting a position they didn’t earn,” Brooks-Buck said, later adding, “This is just too strange. This was just a frivolous lawsuit.”

More than 800 residents had signed a petition filed in the court by Margaret Rankin of the group Suffolk Citizens for Accountability to recall Brooks-Buck due to what it said were violations of the Virginia Freedom of Information Act, silencing board and school division critics, threatening to arrest other board members while also censoring and restricting them from questioning her actions, and deflecting her responsibility for what it says are the board’s failures.

The group began collecting signatures in late October and continued through April, and in a statement, it decried the decision.

“Today’s decision was an injustice to all taxpaying citizens of Suffolk, and in particular, the students of SPS,” a statement from the group said. “We are happy that, through this process, more people are now aware of the leadership problems in our school division. One only needs to engage in the monthly school board meetings and citizen committees to see the dysfunction in play.”

However, the group likely had an idea of what it could expect during the hearing, as Hampton Deputy Commonwealth’s Attorney Sheree T. Konstantinou, appointed to represent the petitioners, said in court she did not believe the recall petition had merit and shared that position with the petitioners prior to the hearing.

“The commonwealth concedes that the petition is not sufficient under the requirements of the statute,” Konstantinou said.

She also noted that in discussions with the petitioners prior to the hearing, “the group has not been pleased.”

In a response to a filing from Brooks-Buck asking for the case to be thrown out, Konstantinou said that after a review of the matter and taking into account applicable law, “the commonwealth concedes that Respondent’s Motion to Quash and Dismiss at this stage is proper and grounded in law.”

She wrote that the petitioners did not, in their filing, point to “specific, identifiable acts” when accusing Brooks-Buck of “knowingly, willfully and purposefully” violating the Virginia Freedom of Information Act and allowing the city School Board to do the same. In the response and in court, Konstantinou said a review of past proceedings noted three actions brought by two parties, with the matters “granted in part and reversed in part with remand proceedings pending,” but in the course of the cases, “there have been factual findings made by the Court indicating that Dr. Brooks-Buck did not knowingly, willfully and purposefully violate the Virginia Freedom of Information Act, even when there are some findings of violation by the School Board.”

“The very fact that there is a case is not a legal argument,” Konstantinou said in court and in her filing called it a flawed argument. “That is not the legal opinion of the Commonwealth.”

Konstantinou wrote that the petitioners still had another remedy if they wanted Brooks-Buck out of office.

She also wrote that the petitioners’ allegation that Brooks-Buck repeatedly silenced critics, threatened to remove people from meetings and denied people their Constitutional rights “is devoid of any evidence … (of) a material adverse effect on the conduct of the office.”

“When reasonable citizens passionately and vehemently disagree with policies or priorities set by their elected officials, their disagreements are appropriately addressed and resolved at the ballot box,” Konstantinou said.

Circuit Court Judge Matthew Glassman had recused himself from hearing the case, and Carl Eason Jr., chief judge of the Fifth Judicial District, designated Judge Lawson Wayne Farmer, another Fifth Circuit judge, to conduct all the hearings in the case. Eason himself had in March dismissed a petition to recall Isle of Wight County School Board member Michael Vines.

Brooks-Buck, who said she had five attorneys from different political persuasions who offered to volunteer their services, said she believes this is an opportunity to work with some people on implicit bias training, vowing to do so with former mayor and board member Linda Johnson.

“There is an opportunity for some teaching and learning here,” Brooks-Buck said.

Konstantinou said the petition lacked reasonable specificity and a showing of a material adverse effect on the conduct of the office.

“Although there may be legitimate complaints and concerns,” Konstantinou wrote, “the Commonwealth does not find the facts alleged in the petition rise to the level of neglect of duty, misuse of office or incompetence in the performance of duties warranting a removal proceeding.”