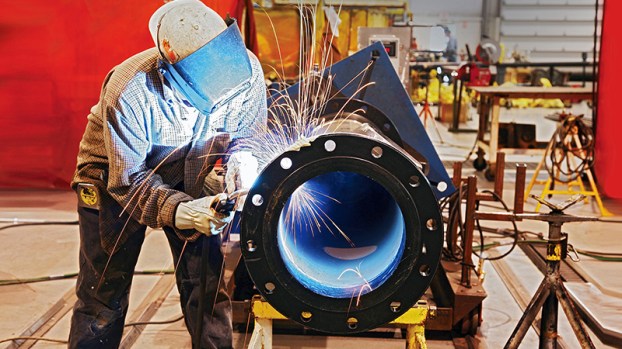 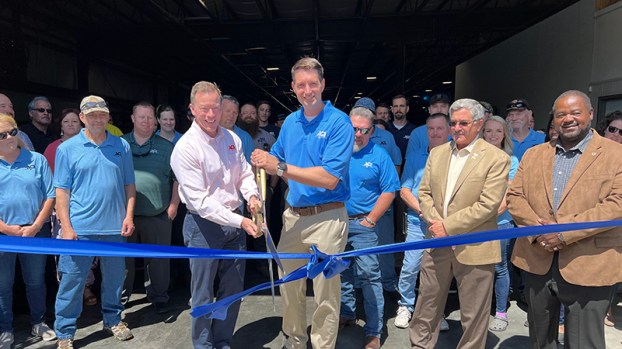 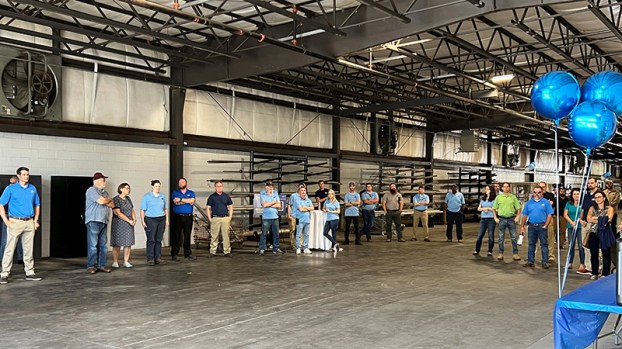 Following a year-long delay due to COVID-19, Atlantic Constructors Inc. last week celebrated the grand opening of its new $2.1 million corporate office and fabrication facility in the Suffolk Industrial Park. It is expected to employ 70 to 75 people.

“I appreciate that they decided to invest in our city,” said Suffolk Mayor Mike Duman. “I know they took a long time in selecting their location. They made a substantial investment, and they’re well-established throughout the region.”

After that, the building was cleaned, painted and equipment from another office was moved to it, from January to March of 2021.

The company self-performed upgrades, from March 2021 to August 2021, while improvements were being made to modify the building for industrial fabrication use, Marshall said. Additional offices, training room, conference room and a break room were also added.

ACI self-performed its buildout, from October 2021 to this March, allowing it to consolidate its former Newport News HVAC/Plumbing Service Division, and move its entire team to Suffolk on April 1.

Before ACI took it over, the building was occupied by CMP Global, and used as a distribution and storage facility, according to Marshall.

Since moving in, ACI has spent almost $1 million in improving the 15-year-old, 40,000-square-foot structure, located at 2000 Amedeo Court, where about 125 people turned out, for the three-hour grand opening. A grand opening was planned for last fall, but coronavirus concerns delayed it until last week.

A full service industrial and commercial contractor headquartered in Richmond, with satellite offices in Roanoke, Sterling and Wilmington, North Carolina, ACI employs more than 1,000 employees throughout the mid-Atlantic region and expects to employ 70 to 75 people at its Suffolk location.

Specializing in piping, steel fabrication and erection, mechanical millwrights, rigging, HVAC and plumbing services, and fire protection, ACI’s total revenue in 2021 was $215 million, with more than 90 percent of it coming from Virginia, Marshall said. Its investment in Suffolk will give it better access to its customers.

“We now have office and warehouse space to add some of our additional services we haven’t previously offered in the region,” Marshall said. “The new facility will provide more bandwidth to call on new customers.”

As ACI grows, Suffolk should parallel that growth, said Duman, who envisions the city someday becoming a major distribution anchor.

“We offer the advantages of available facilities, land, and proximity to the port,” he said. “This is going to be a continuing trend in our city; with the improvements to the port, we are well-positioned to become a leading, warehousing distribution center for Hampton Roads.”