The Suffolk School Board unanimously adopted its $232.5 million fiscal 2023 budget at its June 9 meeting at Col. Fred Cherry Middle School.

It includes $4.4 million from the recently adopted state budget from the state’s school construction program. That money, according to Chief Financial Officer Wendy Forsman, is not included in its operating fund because it cannot carry over to the following fiscal year. However, by putting the money in its grants fund, it can be used in both years.

The division’s employees will also be receiving a $1,000 bonus in December — $1.3 million for 1,237 standards of quality positions that will come from the state via federal pass-through grants, created when the federal government provides money to state governments, who then pass on the money as sub-grants. The division will kick in another $800,000 to provide the bonus to the rest of its employees.

Forsman said that money cannot go into the operating budget because she will have to account for it with auditors and the state as federal money, so it, too, will go into the grants fund. She said she would be coming back to the board in November or December with a request to transfer the money from the operating fund to the grants fund for the amount that the division will have to provide to get everyone a bonus.

The budget includes $67.3 million from the city, a $2 million increase from the current year, and it provides for staff pay raises while adding 28 new positions. It will receive about $106.3 million from the state and about $1.1 million in federal money along with $806,880 made up of rents, interest, tuition and fees.

Superintendent Dr. John B. Gordon III has said the raises are needed to be competitive with pay scales in neighboring localities to help retain staff and attract new people to the division.

Of the 28 positions, 10 are for new teachers — six at the secondary level, three specialists and one for the new Center for Performing and Production Arts program that will start at Lakeland High School this fall. It also includes four elementary in-school suspension monitors, five school assessment assistants at the elementary and middle school levels, two school counselors and one instructional technology resource teacher.

The adopted budget can be found at https://bit.ly/spsbudget2023. 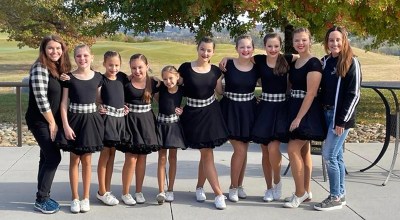