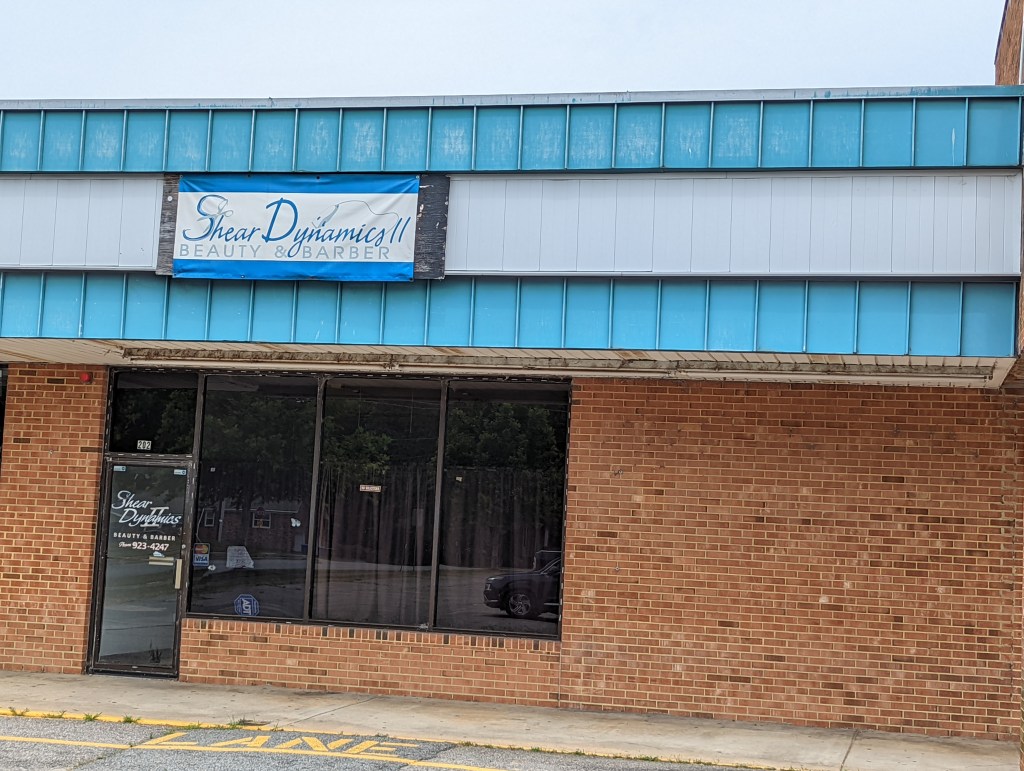 City Council has approved a conditional use permit for an event venue to be located in Suite 202 in the White Marsh Plaza at 1226 White Marsh Road. The business is in the process of changing over from its former operation as a barber shop/hair salon operating under the name of Shear Dynamics LLC (Jimmy LaRoue/Suffolk News-Herald).

An event planning business has received near-unanimous City Council approval for a conditional use permit to operate at White Marsh Plaza.

The business will be located in the 2,960-square-foot Suite 202 in the shopping center at 1226 White Marsh Road. Council formally approved the request, 7-1, with LeOtis Williams voting no, following a public hearing at its June 15 meeting. The Planning Commission, in a 6-0 vote, had recommended approval.

The applicant, George W. Adams Jr., plans to create an event space that people can rent for baby showers, weddings and dining events. It will include offices, conference rooms and a flexible space, with cooking and alcohol not allowed on-site.

The business is in the process of changing from its previous iteration as a barber shop/hair salon, which had been operating under the name Shear Dynamics LLC. The new name of the business will be Pearl’s Palace and Event Venue LLC.

Adams requested hours from 8 a.m. to midnight daily, though city staff, based on previous approvals for similar uses, recommended operating hours of 9 a.m. to 11 p.m. Sunday through Thursday and 9 a.m. to midnight Friday and Saturday. The business will have two full-time employees, and no more than 64 people will be in the event space at any given time.

There have been several conditional use permits that have previously been approved for the site — two of them inactive and two active. In 2004, a permit was approved to establish a bar and nightclub in Suite 208, but it is no longer valid since it has been inactive for more than two years. Another was approved in 2011 in the same suite as the current request, but it has been also been inactive for more than two years, making the permit invalid.

In 2018, a permit was approved to establish a membership club and public assembly with live entertainment in Suites 216, 218 and 220, and is still valid, according to Kevin Wyne, interim director of the Department of Planning and Community Development.

Another conditional use permit in effect was approved in 2013 to establish a place of worship in Suite 200.

Note: This story has been updated to reflect that a 2018 conditional use permit for Suites 216, 218 and 220 in White Marsh Plaza is still valid. A staff report from the city’s Department of Planning and Community Development had stated otherwise.